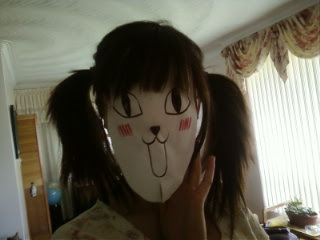 My phone has alot of pictures on it, so I want to show you some of the ones I took! ­¤śĆ
The first picture, at the top, is of a mask I made. Everybody was frightened by it, I don’t know why though… 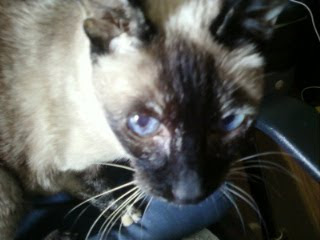 My cat, Pingy! Her eyes are a really nice light shade of blue! I wish I had that eye colour~
She’s siamese! I love her~ ŌÖź 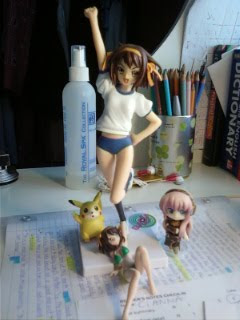 The figurines that I currently own. I really wish that I had more! I may buy some at Anime North this year if I have money! I’d like to get a K-On or Vocaloid one~~

So far, the only ones I have are Gym Outfit Haruhi, Sexy Bikini Version Haruhi (mini) and a Megurine Luka from Vocaloid nendroid that Jon bought me from Japan! ­¤śĆ 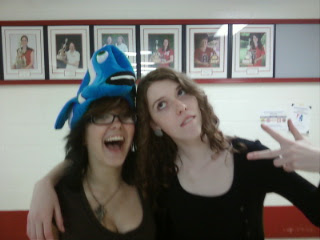 My friends Victoria and Jenna! This was taken at our school’s music night!
Victoria took somebody’s fishie hat and was wearing it around the school. It was really cute! xD 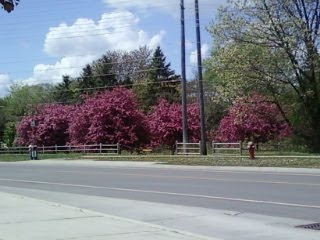 The trees across from my school were in full bloom! They had such a pretty colour!
It was like dark pink/magenta~! 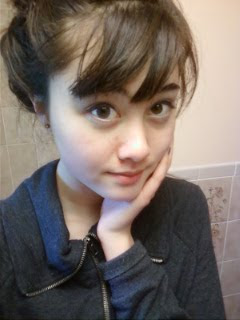 Random picture while putting in my circle lenses! Ffff I look horrible. @___@;;
My right eye has a lens in, the left one doesn’t! You can really see the difference, right?
It’s Nudy purple except you can’t really see it… It just makes my eyes look more gray. xD 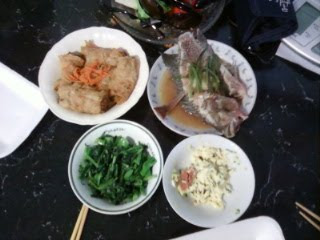 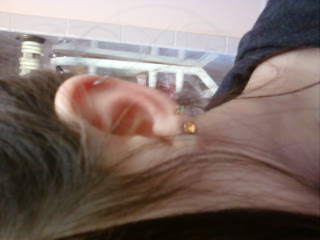 Somebody asked me how many piercing I have! I have 4.
3 on my left year and 1 on my right! I pierced the top one and the middle one myself!
The top on my 15 birthday and the middle one a few months later. I saw a picture of a girl who had one and then I decided that I wanted one too so I took an earring and stuck it in my ear… = earring! ­¤śĆ Same with the middle one!
That’s all for now! :3
Anime North is next Friday! ­¤śĆ