I’m allowed to rant because I don’t think many people read my blog and won’t care! HA~

This week my dad got wireless internet! So that means I can go on the computer anywhere in the house! P: I can also use wireless to play wifi on my DS! But the only thing I can really play at the mo
ment is Animal Crossing since my R4 chip died! D: And Pokemon Diamond! (But my pokemon aren’t levelled up that much! They’re all at around level 60… )

My mom says she’ll get me a new R4 chip because it broke when she dropped it! It’s also because she wants to play tetris! LOL! I hope I didn’t lose all of my SAV data! ;A;
Anyway, new wifi connection = wifi DS gaming, more blog posts, more v
ideos! (I can just watch the dance tutorials anywhere instead of having to download them onto my laptop!

So if you have a Friends code and want to play through wifi, just msg me with it! ­¤śĆ I’m more interested in playing on Animal crossing than any other game though!

It’s going to be alot of fun! I can’t wait to finish learning it! I’ve learned about 60% of it, I just need to practice it now! But it’s kinda h
ard to find the motivation to dance when it’s 30*C outside!

<– Random picture from the Centre island cosplay picnic!
I’ve also been watching more anime! (Oh yeah, that’s another thing I can do now that I have wifi!

) I’m watching the series called Bakemonogatari! Have you heard of it? It’s really good!!

I want to cosplay the character ‘Hitagi’! She’s really great, but she’s very tsundere! I think I have a weakness for tsundere characters… hehe! <33

I know some people don’t like tsundere or moe characters but I really do love them the most! :33 Hitagi [Bakemonogatari], Ami [Toradora], Yui + Mio [K-On] are probably my favourite girl characters! :3 I want to cosplay Hitagi and Ami! And I’ve already done Mio! :3 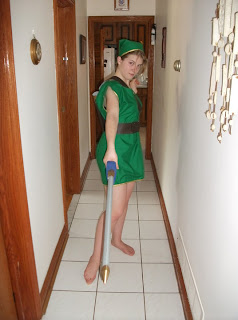 Speaking of cosplay~~ (Since I pretty much talk about it all the time!

) I bought my wig for my Hitagi cosplay! It was actually from a trade, but it looks really nice!

I need to buy my
Hiiragi wig too though for Fan Expo! Which is at the end of August – the weekend before my birthday! I’m not sure how I’m going to look as a blonde! I’ll try hard to pull it off though! ­¤śĆ
My friend is going to be Link from Zelda!

I sewed her costume! She looks really nice! ­¤śĆ

<– Yuuki-chan in her Link cos~