Yesterday I went downtown Toronto. My parents woke me up earlier and then spontaneously told me that we were going downtown. So I was like sure. I love Toronto – after all I was born there! 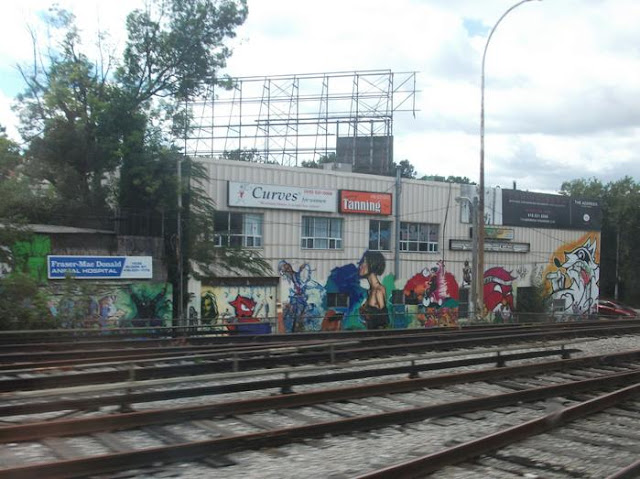 We took the subway down there and we passed a bunch of buildings that had some really good graffiti on them! 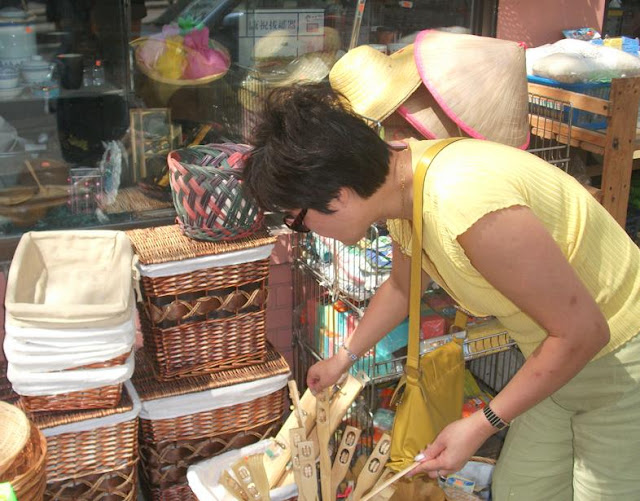 We got off at Chinatown! My mom wanted to go buy a backscratcher thing for my grandpa! I went across the road to Anime Xtreme but it was closed.

I forgot to take a picture of the giant Miku poster they had in their display! 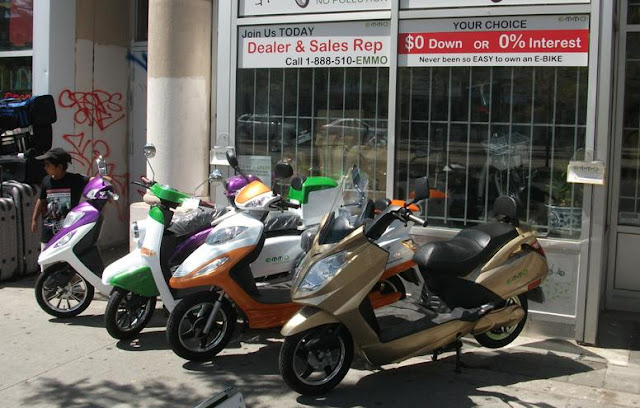 We went walking further down and saw this store that sold electric powered motor bikes!

They were pretty cute – my parents went inside and talked to the store owner. I think my dad is going to buy one.

I mean they’re cute and all, I just think that my dad is going to look dorky riding one. XD 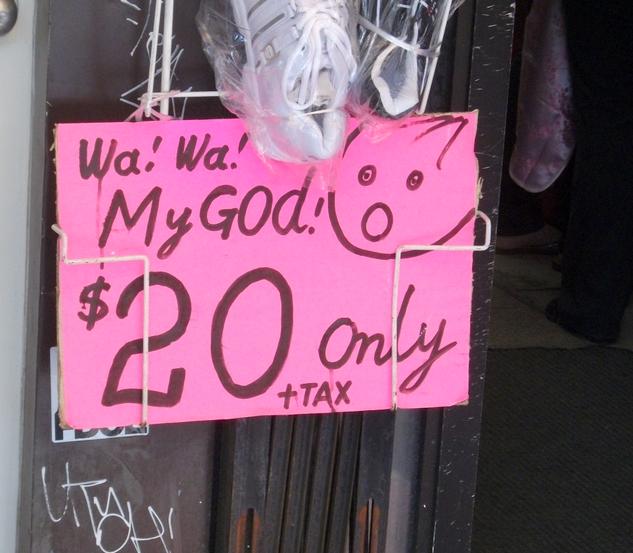 I saw this sign in the doorway of a shop. It was selling shoes! But it made me laugh because it’s really silly! 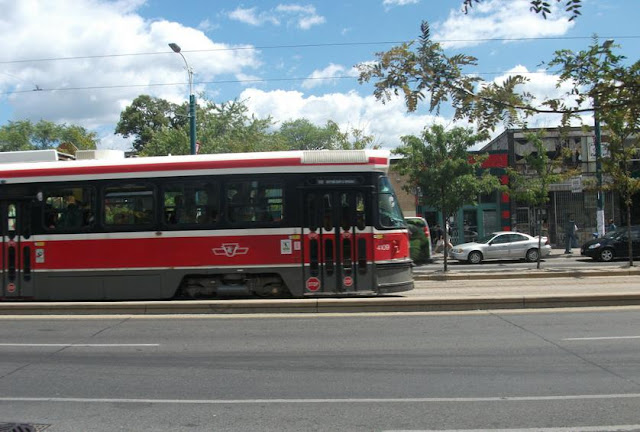 A street car~
(LOL my captions are getting quite boring 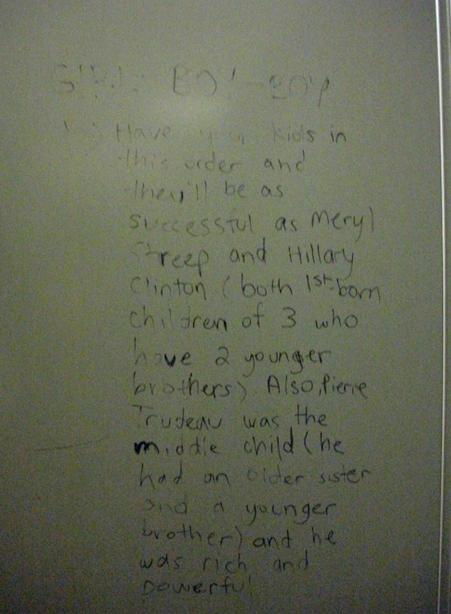 I saw this in one of the washroom stalls in one of the Chinatown Malls!
It says:
“GIRL BOY BOY
Have your kids in this order and they’ll be as successful as Meryl Streep and Hillary Clinton (both 1st born children of 3 who have 2 younger brothers.)
Also, Pierre Trudeau [a previous Prime Minister of Canada] was the middle child (he had an older sister and a younger brother) and he was rich and powerful. “ 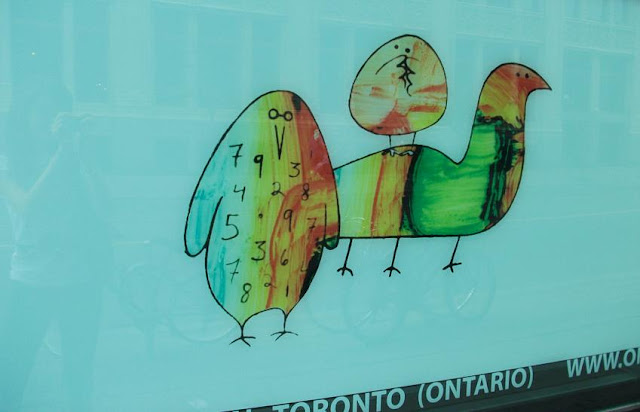 We saw this on the side of a restaurant! I thought these were so cute! There were more photos of them – all chickens and birdies drawn in this style! So cute. :3 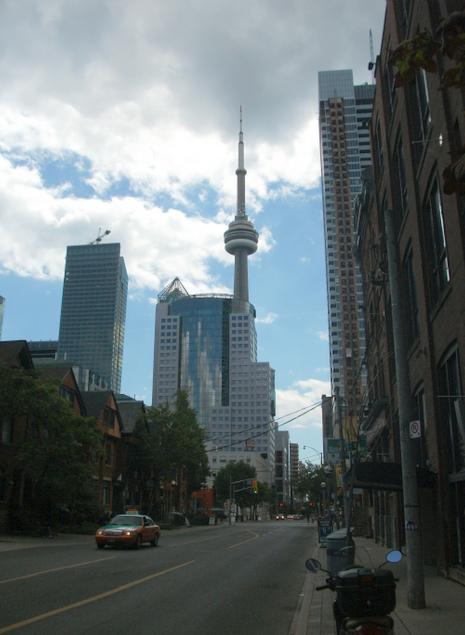 Street in Toronto! I can’t remember which street this is, but it’s just to give you an idea! And the streets aren’t normally this…empty either! The streets are usually full of cars! 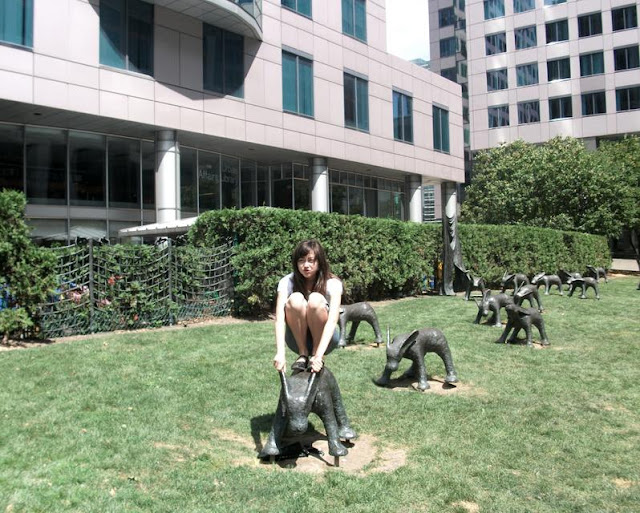 We saw these outside some building too! These were really strange, they were like, mutated rabbit things. So I obviously had the urge to go and sit on one.
My friend told me they looked like Umbreon from Pokemon! They kinda do, don’t they? XD
Making a fishy face! P: 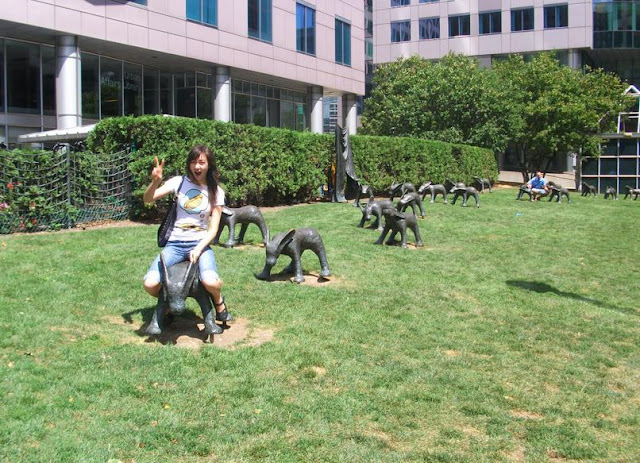 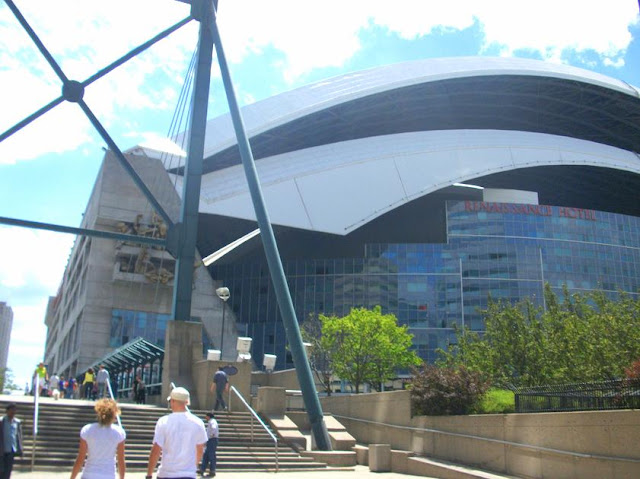 We walked over to the CN tower! This is the Rogers Centre (a big dome where they hold concerts and baseball games and stuff). The CN Tower and the Rogers Centre are also beside the convention hall where Fan Expo, MTAC, and DTAC are held! 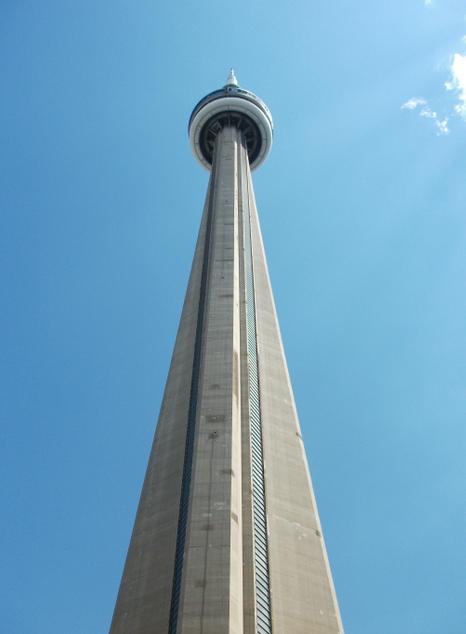 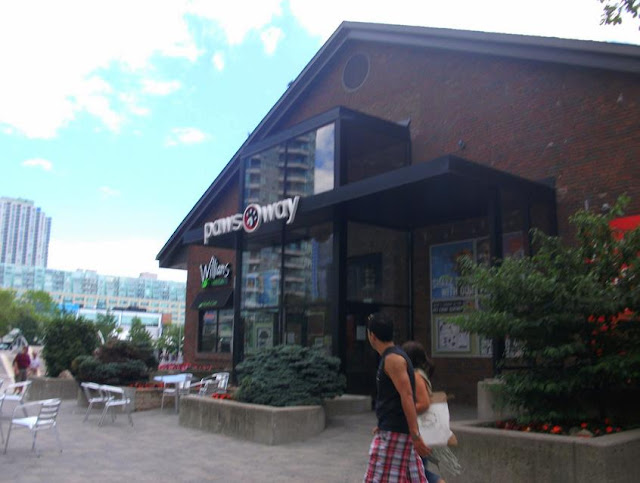 We also walked into a place called the Paws Way – Pet Discovery Centre. It’s like a museam centre about animals – mostly cats and dogs though. Dogs are also allowed to come it and eat at the little restaurant inside! Today they were holding a dog show for Scottish breeds! The dogs were really cute <33 data-blogger-escaped-div=”div”> 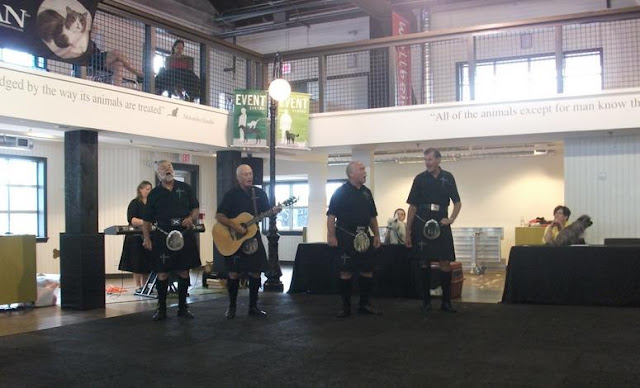 During the Scottish presentation thing, when they were getting the dogs ready, a bunch of old dude came on in kilts and sang scottish songs. 8’D 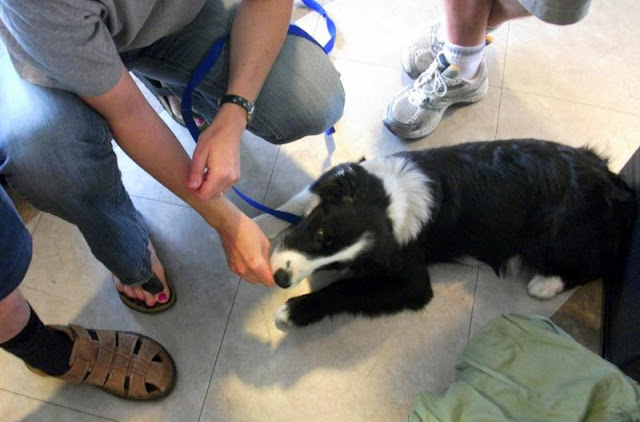 I think this was called a Border Collie? OMG SO CUTE, THE CUTEST DOG I HAVE EVER SEEN <33 data-blogger-escaped-font=”font”> 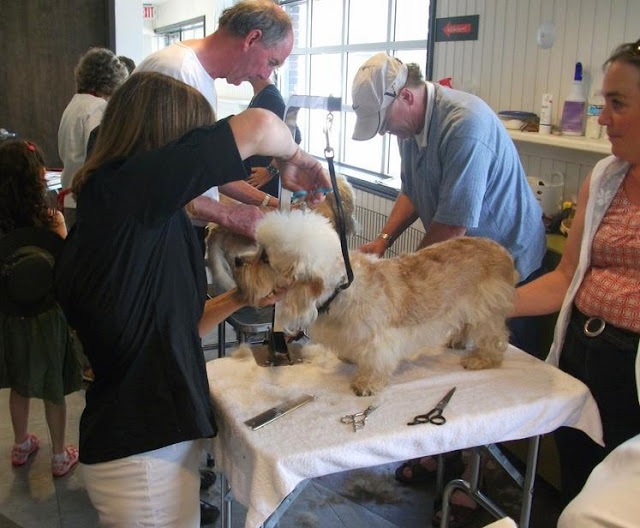 Doggy inside getting a haircut! He had a little poofy dog afro. XD 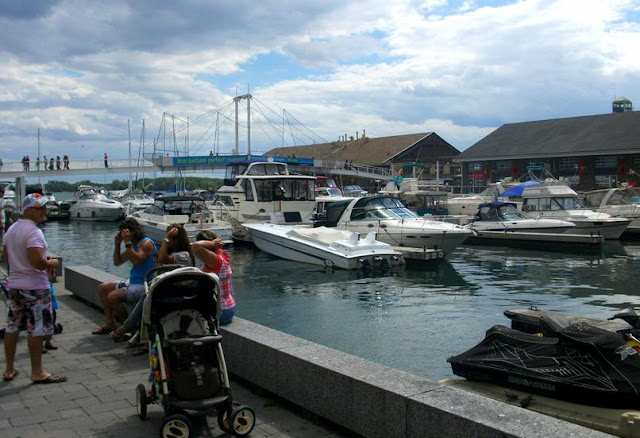 Downtown Toronto’s harborfront! It’s a really nice view~ If you go further back, you can see the whole lake and even Centre Island! ًںک€ 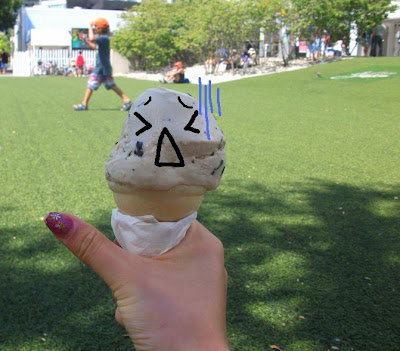 ICECREAM~ Espresso flake is my favourite â™¥
Thats it, thanks for reading! ًںک€