Sup dudes?! I’m currently in my hotel in Montreal, Quebec! Course selection goes up tonight at midnight and I really want to get into all of my classes so I’m staying up hehe! (It’s currently 10:10PM)

Now that my laptop has finally connected to the internet, I figured I’ll just blog to kill the time! Mom bought me two large ice coffees from McDonalds (any size for $1! = my new summer drink, replacing Timmie’s expensive ice capps.)

ANYWAY, our adventure started on Monday. Woke up at 6AM and drove for 9 hours (it would normally take about 6 to drive from Toronto to Montreal but my dad drives slow and we stopped off in a place called Ganaoque for two hours).

Gananoque (pronounced like Gana-Nock-Qwee) is surrounded by the thousand islands? Pretty cool, the view was nice at least.

Gananoque is a small down which basically consists of a street filled with old white people. The cafe place we stopped off at seriously smelled like prunes and there were old people EVERYWHERE…. Not that I have anything against old people but I’m too much of a city girl and therefore really dislike small hick towns.

My dad contributes to the old white person factor in the cafe haha!

Arrived at our hotel at about 3PMish.

Camwhored before we left to go exploring! Using the app “Diptic” to combine pics.

After that we walked down to my dad’s old apartment from when he used to live there.

Then we turned down Rue Saint Catherine (I think that’s what it’s called) where all the shops are and browsed around for a bit! 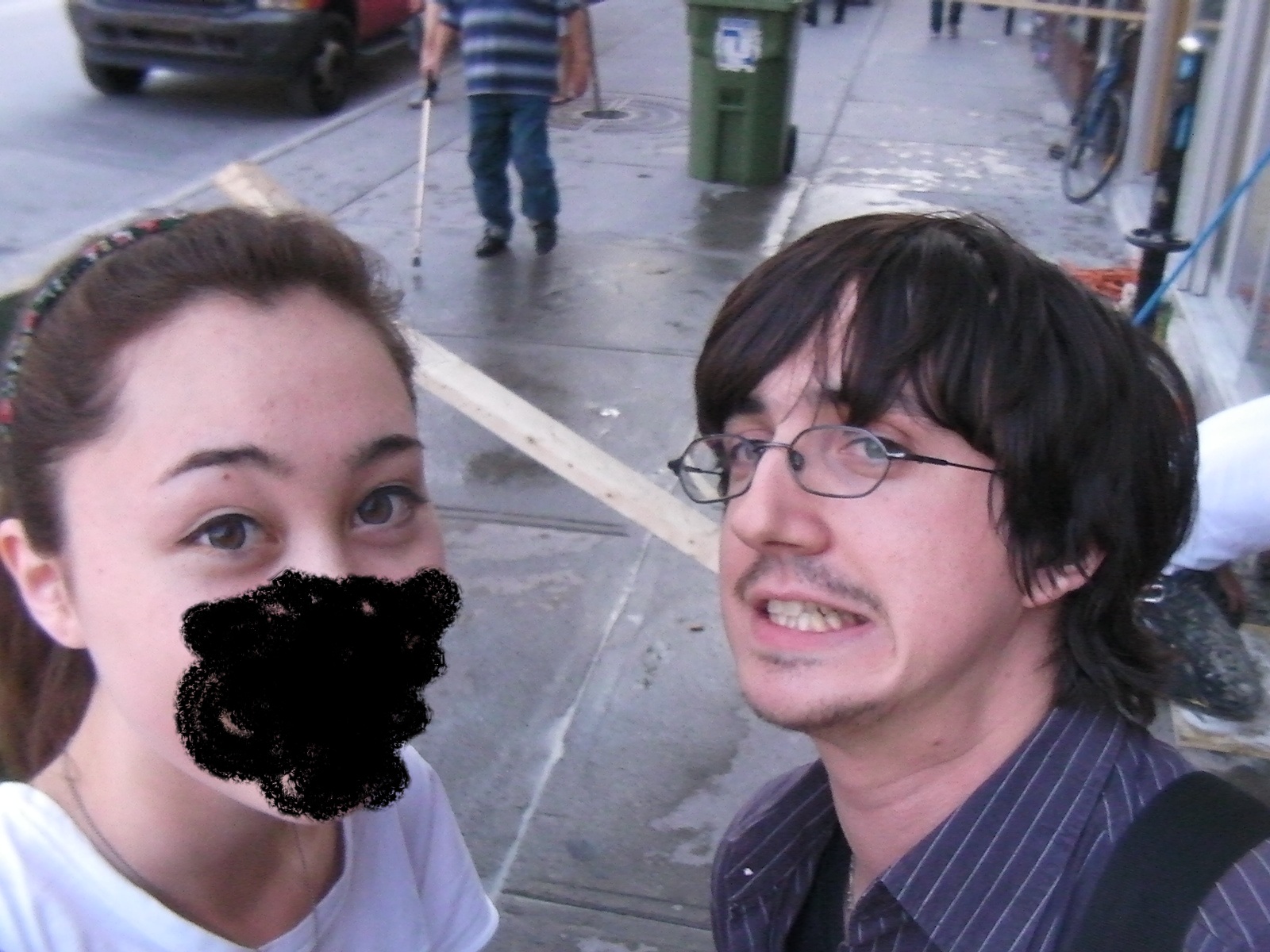 Ran into Guy aka Pretty Lulu – without his mask! Didn’t get to talk for long because my parents were abandoning me and walking away haha orz. I always seem to look like crap when I take quick photos therefore black blobby thing will hide my weird facial expression.

Found a nice restaurant down one of the side streets (I can’t remember the name at the moment, but when I find it I’ll post it! The food was amazing!) Our waiter was this pretty blonde girl… It was amazing to see her talking to us in English and then immediately switch over to French for the people at the other table! It was actually like that in most stores, everybody here seems bilingual. I think you could live in Montreal and not have to speak any french at all!

I forget what kind of soup this was… Clam chowder I think? It was really good.

My dad had some kind of chicken salad! Omnomnom.

I got sliders… There were three little burgers each a different flavor! One had BBQ sauce, one had a mushroom thing inside, and the other… I forget BUT IT WAS REALLY GOOD.

Walked back on Rue Rene-Levesque (I think that’s the name?) Passed by this cathedral thing.

Walked back to the hotel.

That’s the end of day 1! Will update again when I have time, hopefully I’ll be able to write up one more post for tomorrow!