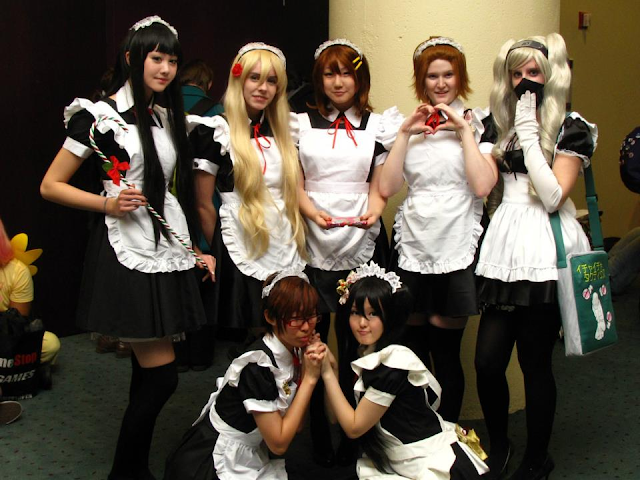 Our K-On Maid cosplay group! (+ Maid version Kakashi, who was one of Sami’s friends. She’s not part of Moetron though~

This DTAC marked the 1 year anniversary of the cosplay group I’m in, called “MOETRONcos” (Or just Moetron~).

Basically, this was how MOETRONcos was formed! 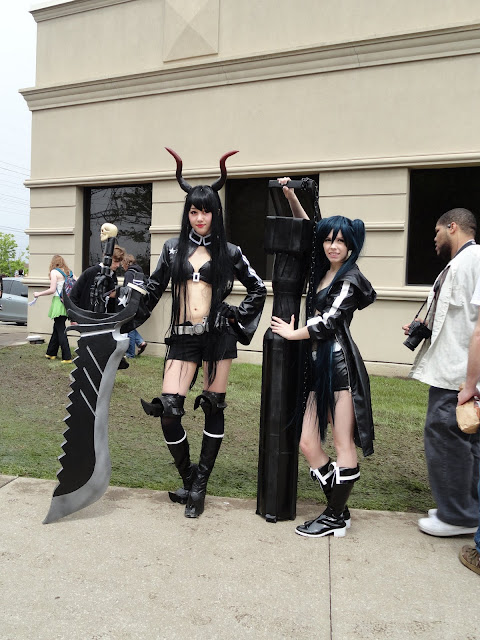 I met Ringo at Anime North 2009, and we started talking on FB and became really good friends!

We became cosplay partners after that. (Picture is of us at AN2011 – Black Rock Shooter group) (¬¥ÔΩ•œâÔΩ•`) Genie was the older sister of one of my school friends! („Çú‚ñΩ„Çú;) I think I added her to FB because I knew she cosplayed and I also knew of her on deviantart! (Her art is amazing – her deviantart.)

We started talking about K-On I think because we both liked it. (Picture is of us at DTAC 2010) 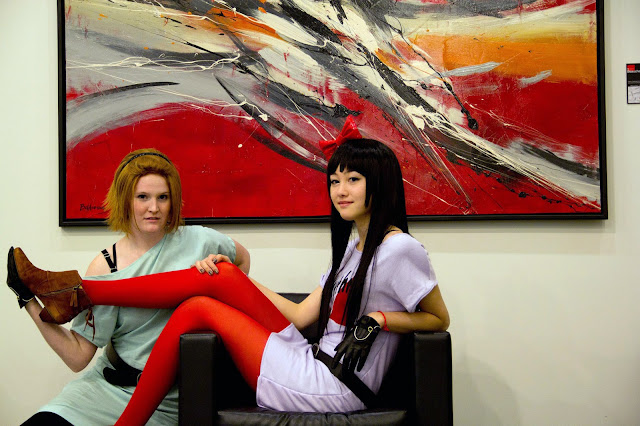 I met Sami for the first time at Anime North 2010.Sami originally messaged me on cosplay.com about the Vocaloid photoshoot. (Since I was cosplaying Magnet version Luka and she was cosplaying default outfit Miku). She was so cute! (Picture from DTAC 2010)

I can’t remember how exactly, but I brought everyone together at DTAC 2010 for a K-On Listen! cosplay!

It worked out so well…We had a lot of fun cosplaying together and decided to do it again for Black Rock Shooter! („Éé*„Çú‚ñΩ„Çú*) 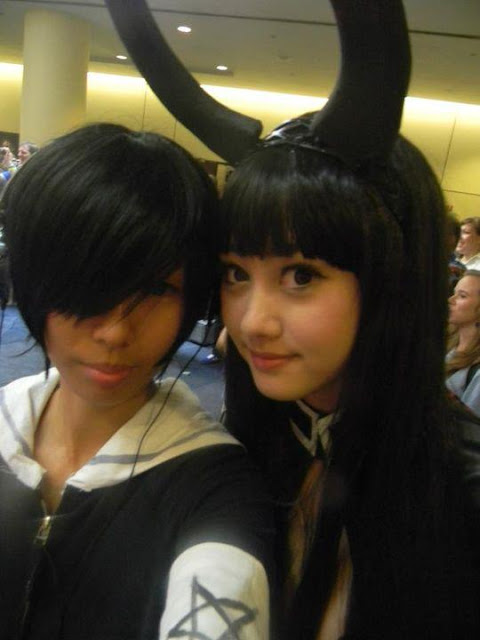 Carmen joins us for some latercosplays… I think she originally started commenting on pictures or something of us that Genie posted (they go to the same school.) We instantly hit it off and invited her to cosplay with us!

Like Nodoka in our K-On group, Black Rock Kaito at Anime North 2011, and Black Matagi for Fan Expo! She’s so sweet! (Picture from Fan Expo 2011)


Chibatsu is our K-On group’s official Azunyan! She’s so cute! She’s like a part-time member I suppose, as she has her own cosplay groups… But she always joins us as Azunyan which makes me so happy, she’s so fitting for Azunyan! I met her I think in 2009 at a local cosplay event, my first ever cosplay picnic~ ÔΩ°‚óï‚Äø‚óïÔΩ°
I can’t find any pics of just the two of us together, but we have some in the K-On maid shoot with Thomas!

Love you guys <3 You make cosplaying super fun and I’m so happy to be friends with all of you!  ‚ô•
ÔºàÔæâ¬¥‚àÄ`Ôºâ


If you’d like to find out more about the other girls, check out ‘COSPLAY‘ in the tabs!