I think I’ll make this a regular feature – monthly photo diaries! I’m going to warn you now that  they’ll be kind of boring since school is sapping the energy out of me like a spy sapping a dispenser [/lameTF2reference]


This month was probably the most stressful of them all.

My after-midterm projects and end of semester projects were due this month, as classes finish at the end of December! (’╝ø’┐Żąö’┐Ż’╝ē 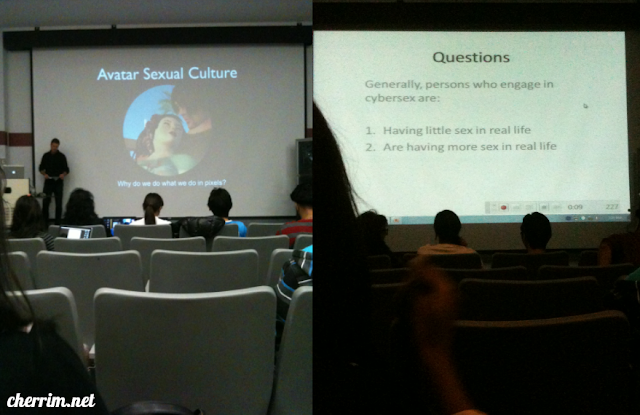 One of the most interesting lectures I’ve had so far haha! Guest lecturer came in and told us about cybersex and avatar sex culture in social MMOs like IMVU and Second Life. As for the picture on the right, apparently according to some statistic people who do cybersex generally get the same about of sex in real life? Food for thought. (ŃĆŹŃé£ŃāŁŃé£)ŃĆŹ 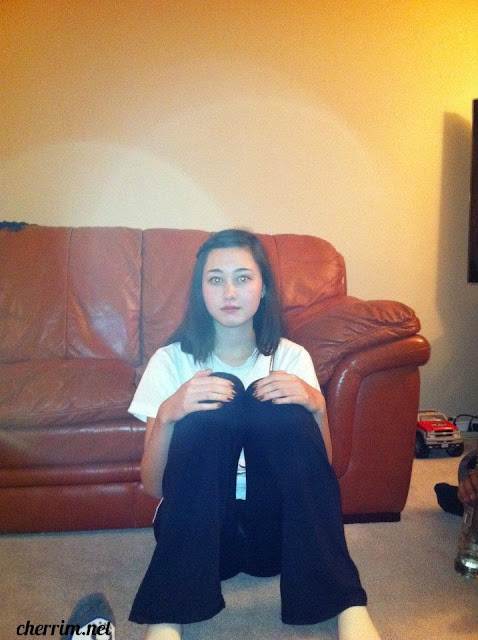 Went and partied with some friends! It was really fun since I hadn’t been out for a while.
WIRED SACHIE! ŃāŠ(*ą┤*)’ŠēŃéø 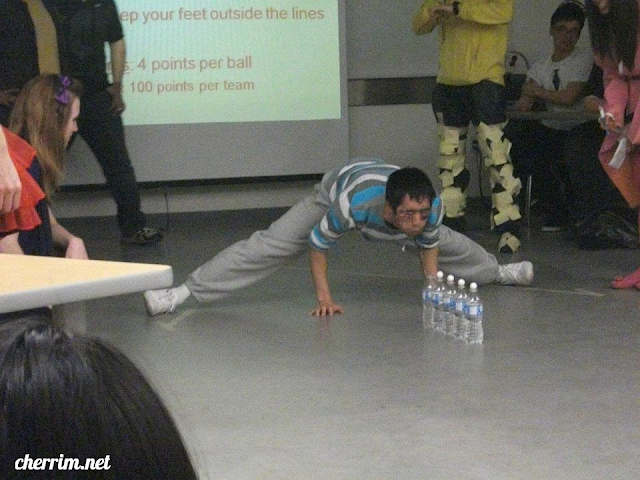 My university’s Japanese Connection club held a ‘Japanese Game Show’ event! It was really fun – basically there were different teams and they had to complete wacky challenges to see who got the most points!

There was a V taped on the ground (might be hard to see) but you had to keep your feet outside of the wider parts of the V so you were almost doing the splits, and then try to blow ping pong balls off water bottles! 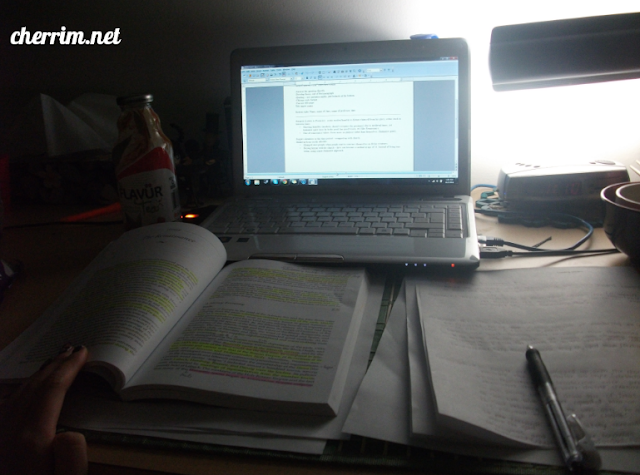 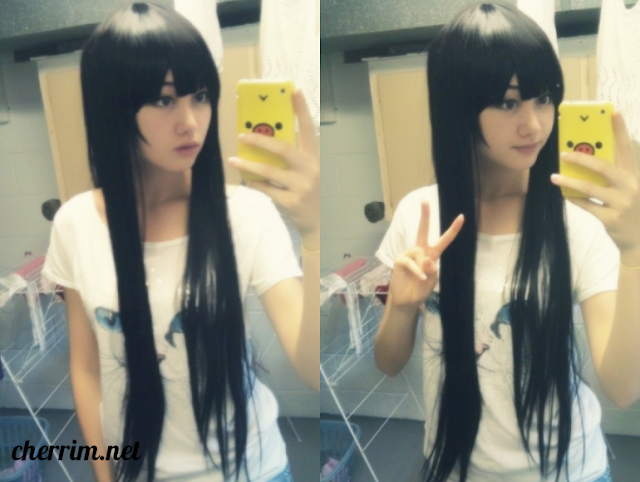 This was from a while ago – took a pic in my Mio/BGS wig! I love this hairstyle so much, why can’t my real hair be this nice? ŃāĮ(*┬┤ąö’ĮĆ*)’Šē Used the iphone app moreBeaute2 (which I believe is free). It makes photos so much nicer! ŃāŠ(*┬┤Ōłć`)’Šē 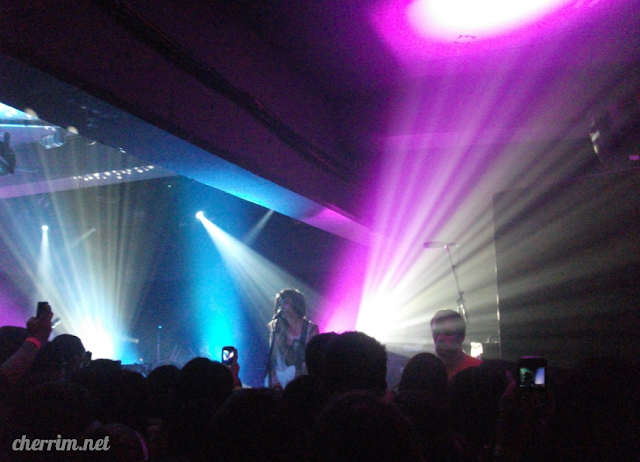 As I said in the previous post, LIGHTS came and did a little concert at my university! I LOVE HERRRR /cannot stress this enough. After, Sonia and I went back to my res where we stayed up until 4 stalking Nightbox (the band that opened her set) and watching Sherlock Holmes. 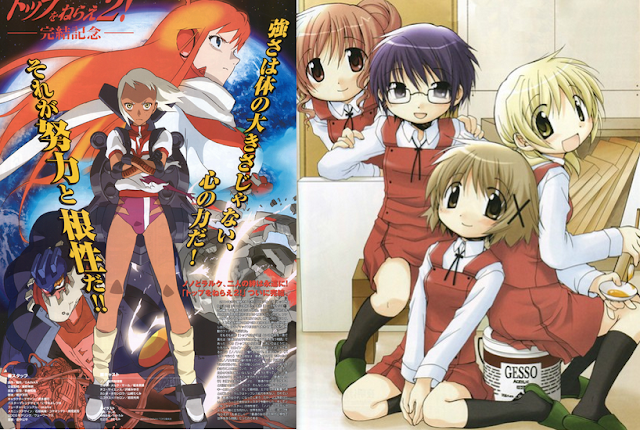 Started watching Gunbuster 2 (Diebuster), on the left, and continued watching some Hidamari Sketch! (right)
Some plans are forming for a Diebuster cosplay group involving me, Jeanie, and Sami! Not sure when though… 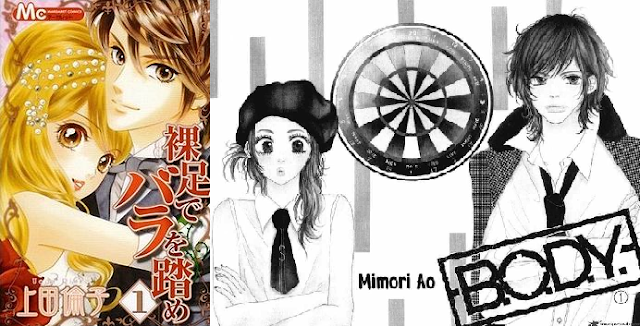 Also caught up with Bara de Hadashi wo Fume. (Left). It’s so cute! I love Rinko Ueda’s art style! It’s a bit weak on plot, but the cuteness and art makes up for it for me! Also started B.O.D.Y., which is pretty cute. I needed a new shoujo manga to read while waiting for class to start hehe, since I read it on the iphone app ‘Manga Rock’.

I recommend both of these if you’re into shoujo manga, but expect a lot of cheesiness.  Ńā╝( ┬┤ Ō¢Į ` )’Šē


Apparently it’s snowing in Toronto? It hasn’t reached me here yet… Snow go away! (Ńüź’┐Ż ┬│’┐Ż)Ńüź
Time for me to go to bed! Good night~