I KNOW I KNOW I’m uploading this like a month later. I went on a total unintentional hiatus! I’ve been getting more hours at work lately and I’m usually really tired by the time I get home to blog. But I’ll be updating more! I promise! Comnpared to the number of posts I did last year, I really seem to be slacking in terms of blogging this year ! 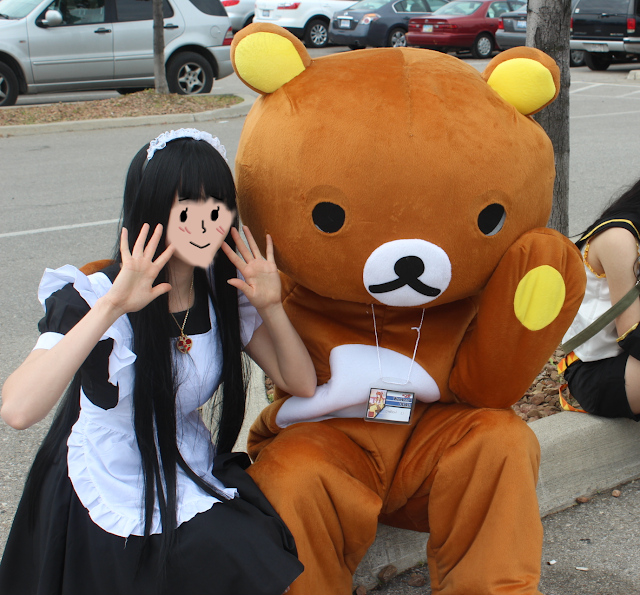 On the Sunday of AN, we woke up a bit early to clean up the crazy mess left in our hotel room. It was soooo bad. The friends that I was sharing the hotel room with had been sewing costumes the night before so there were pins/needles/hot glue all over the floor. After packing up, I changed into Maid ver. Mio (…again lol, this seems to be my back up costume.) Ringo changed into her pink cat Kigurumi. We brought our luggage downstairs and checked out, Thomas drove us to the convention centre.

Sunday was a really lazy day. I’ve forgotten most of the details because I’m posting this con report about 3 weeks after the convention. Ringo and I spend the day walking around the dealers room which was quite nice! We decided that we’re going to reserve the Sundays of conventions for taking it easy. It was a lot more fun than rushing to photoshoots or cosplay meetings.

Here are some photos! 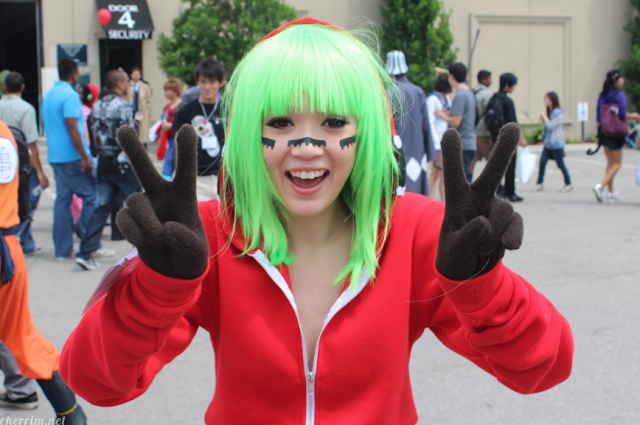 Met up with supa kawaii Jillian from PandaLogic! She was cosplaying Gumi from Vocaloid, Matryoshka version! Her cosplay was so cute and she made such a cute Gumi! I felt kinda bad for her though because it was super hot outside and she was wearing a fleecy sweater! 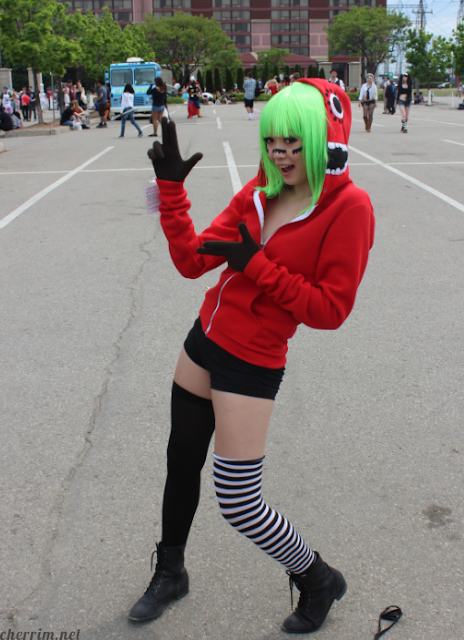 Her Matryoshka cosplay inspired me to plan a Matryoska version Meiko cosplay! I’ll hopefully have it done for Youmacon since it’s an easy outfit and I like cosplaying Meiko. 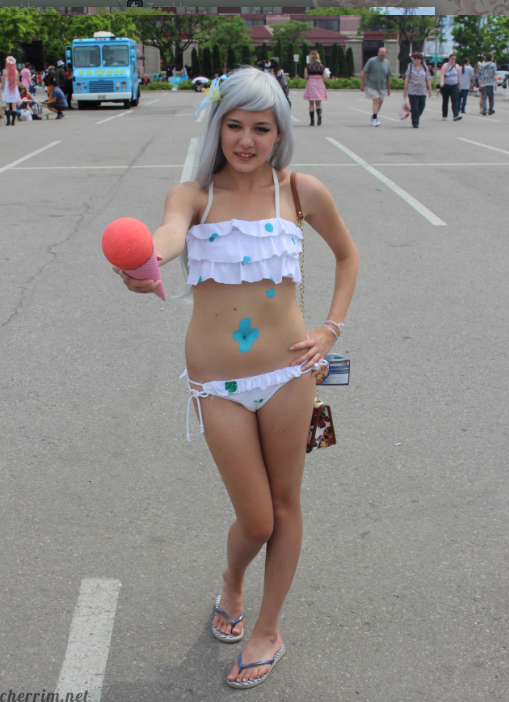 Her cousin Leah cosplaying the special bikini version figma from Anohana! The figure itself is super gorgeous. I don’t collect figures, but I really want this one! 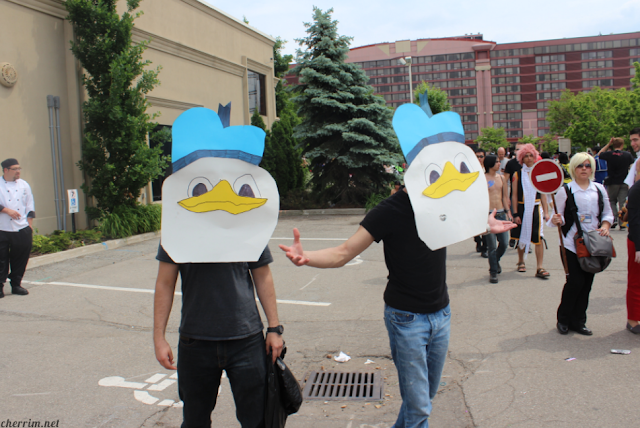 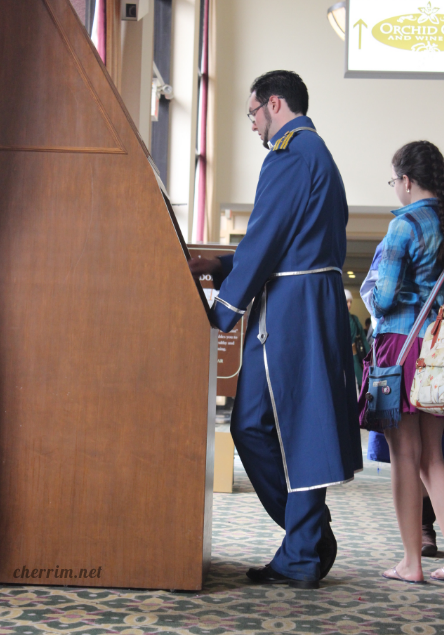 Maes Hughes at the ATM. I’m pretty sure this is the very popular local Maes Hughes cosplayer! If I’m not mistaken, he’s this guy.  /creepy 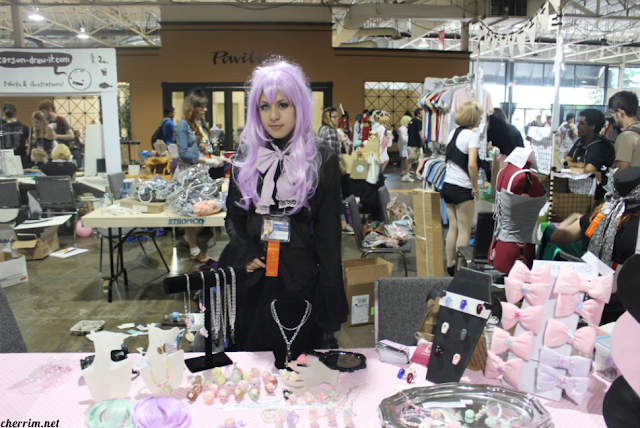 Gen at her crafters table! She was selling lots of lolita accessories! She had these cute coffin rings for sale! I had intended on getting one but I forgot to pick one up….orz. 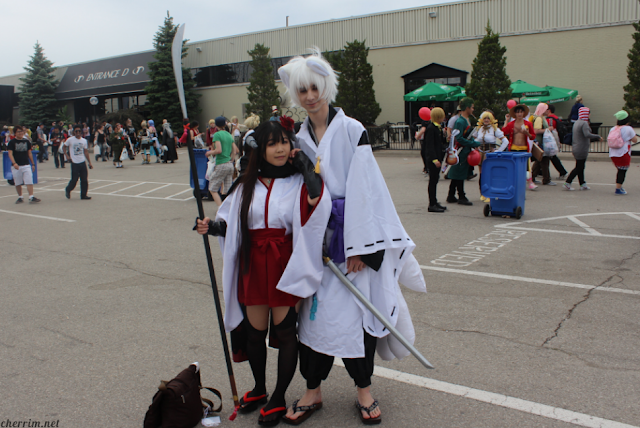 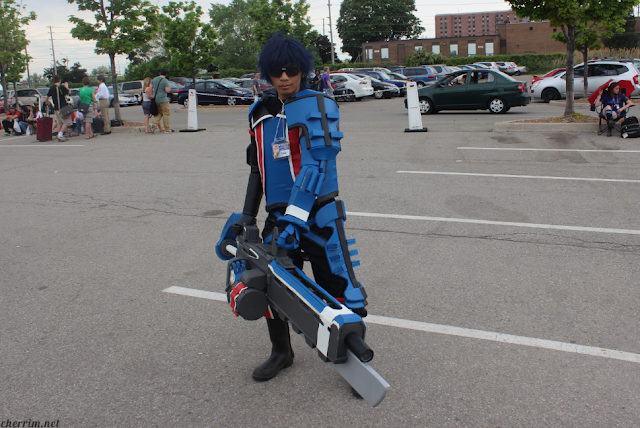 Not really sure who he’s cosplaying, but it’s somebody who recognized Ringo and I from Facebook / Youtube! (Ketsada I think…?) Awesome prop! It looked quite heavy! 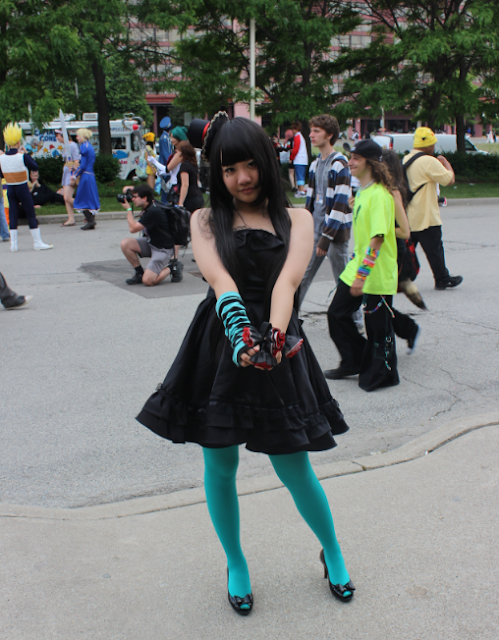 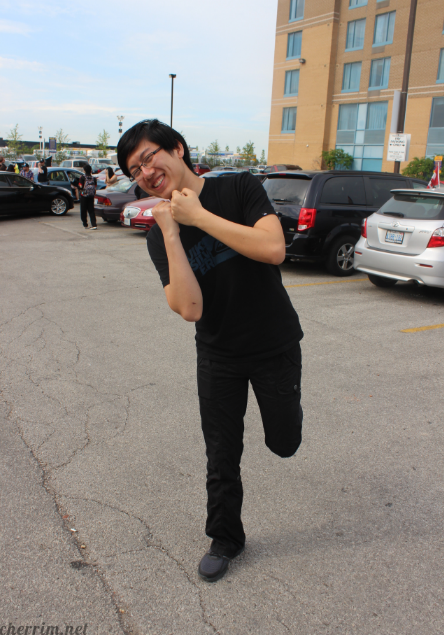 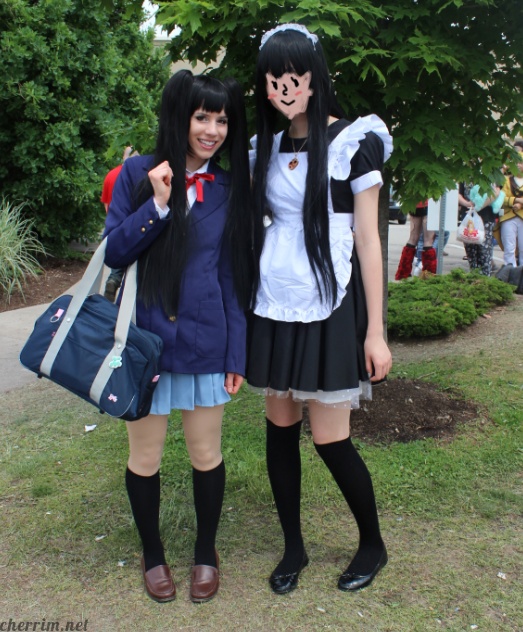 FINALLY MET MALLORY. I can’t exactly remember how I started talking to her, but I remember her as extremely cute school uniform Yui cosplayer  from last year’s Anime North! This year she cosplayed Azunyan! Ahhhh so cute so cute! I looked so tall and derpy beside her weh. Not sure why, but AN this year was also derpy&unphotogenic-sachie-con.

….AND THAT CONCLUDES THAT ANIME NORTH CON REPORTS.

All in all, I’d give this year’s Anime North a 2.5/5. It just wasn’t the best convention I’ve been to, a lot had to do with personal problems and costume malfunctions, plus our original cosplay plans fell through. Anime North has been losing it’s magic for me over the past two cons. Hopefully next year’s Anime North will be super awesome! (It also might be my last AN before UK exchange, if I get approved for it that is!)

On a random note, I recently bought a new Samsung Galaxy S2 from one of my friends. I’m loving it so far, but I’m still getting used to the Android system after only using iPhone so far haha.
Now that I have such a nifty phone, I’ll be able to take more pictures for blog posts and such! The camera on the S2 is great (8 megapixel back camera and 2 megapixel front camera). Since my old point and shoot stopped working, I figured that I could use this instead for casual pictures. 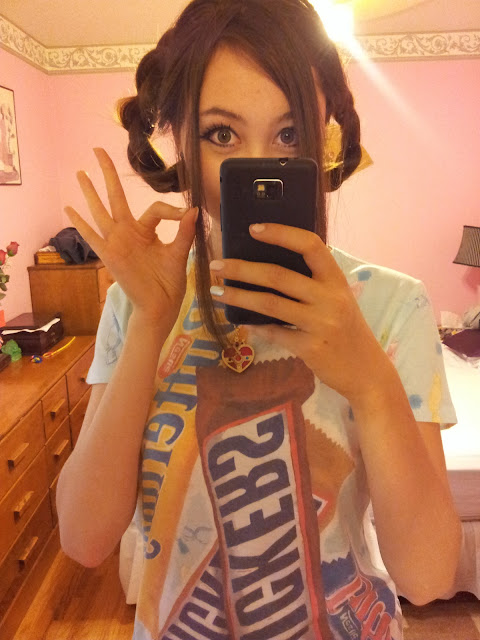