I’m currently in the process of preparing for Otakon!

I DON’T THINK YOU UNDERSTAND HOW EXCITIED I AM FOR OTAKON!!! This is going to be my very first American US anime convention! I’ll be travelling with Sami and Genie, as well as a few other friends from Toronto. Otakon is the second largest anime convention in the states (after Anime Expo!). It’s in Baltimore which is fairly close. I think the drive will be about 10 hours or so! We’ll be leaving for the States on the Wednesday!

I have so much left to do! Ringo isn’t going to the con with us this year because she has some previously scheduled engagements that she can’t skip out on, so we won’t be able to do Atelier together until Fan Expo! Genie and I will be cosplaying Atelier at the convention! She’s doing Atelier Meruru, and of course, I’ll be doing older ver. Rorona! SO EXCITED TO GET SHOTS WITH HER!!! My cosplay progress is pretty terrible at the moment. After Anime North, my sewing machine suddenly started working again! With the help of my aunt who is a seamstress, I was able to complete my Emmy Altava (from Professor Layton) cosplay! I’m SUPER excited to cosplay Emmy because she’s my favourite character from the Professor Layton series. She’s such a spunky, fun, kick-ass character! My aunt drafted the pattern for me but I cut and sewed it all together. Proud of myself because this was my first time making a jacket! 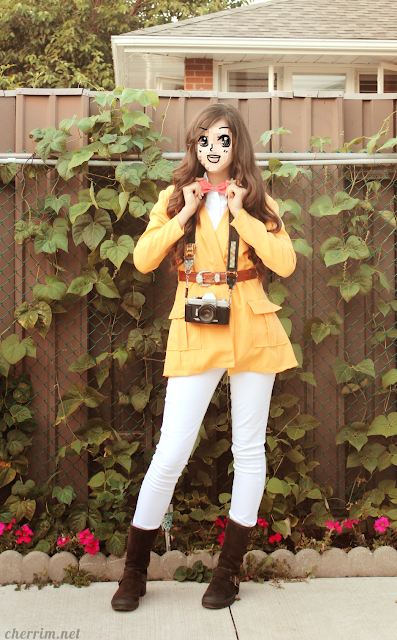 Little adjustments still have to be made, such as making button holes and fixing my bow, but other than that it should be set! My hair has grown out long enough so that I can just curl it and use my own hair instead of a wig!

Rorona is going terribly at the moment SINCE MY SEWING MACHINE DECIDED TO BE SUCH A FREAKING TSUNDERE. I’ve managed to finish part of my cape and my skirt. My skirt isn’t 100% accurate to the reference pictures but I’ll fix that, Otakon is just my first test run for Rorona! I plan to do lots of shoots in this once Ringo finishes her Totori cosplay.

Luckily one of my friends said that he’ll be working on my Rorona staff as a side project! He’s also going to Otakon so he’ll be giving it to me there. I’m so glad because that lifts a whole load of pressure off of my back. Hopefully he can finish it in time! If not, I’ll have to sweatshop it last minute, or I’ll have to use my little potion bottles as props (which would suck, since those were minor side props!)

On Friday, Sami, Genie and I will be meeting up for the last time before we leave! INTENSE SWEATSHOPPING SESSION! Lovely Sami has decided to accompany me as I cosplay Meiko again (last time was Fan Expo) as Synchronicity ver. Rin. Her and Genie patterend the dress, and Sami looks so cute as Rin! I just need to do some quick minor touchups on my Meiko armor (which is currently in a box in my shed), and I should be good to go! I won’t have the sword with me so I’ll have to come up with some good poses. I’m sure we’ll practice when we arrive at the hotel on Thursday!

Is anybody else going to Otakon? We’ll probably be announcing some meetup locations/times on my facebook page, so make sure to check that out. Maybe even a livestream during the convention? :]

Let’s all hope I can finish everything in time! If I’m able to finish soon, I’ll do another post. Thanks!