Wow, I can’t believe it’s already September! This year is flying by too quickly, I wish it would slow down~

On Saturday, the 25th of August, Ringo and I attended Fan Expo 2012! Considering the fact that we usually attend the full weekend of conventions, attending one day was a bit of a change! Fan Expo has been getting more and more expensive, so we could only really afford to attend for one day. (Saturday pass cost us $50 each ;_;) Next year we’ll hopefully be able to apply for media passes!

As a very last minute decision, we cosplayed female scouts from Team Fortress 2. We are both big fans of the game, and I’m sure that wear scouts was the most fun we’ve ever had in cosplay.

I cosplayed a red team scout because red suits me better~ In the game however, I almost always play Blu team ­¤śĆ (I guess that makes me a traitor haha~ THAT RED SCOUT IS A SPY!)

I made the Blu team intel as my prop, as well as The Atomizer. 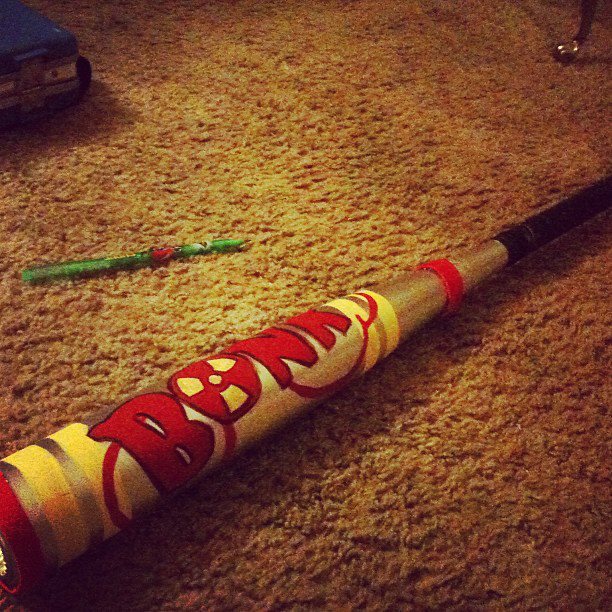 Sorry for the graininess, this photo was taken on my instagram! (If you have instagram, my username is @mahoushoujo) This was made from a baseball bat (bought at Value Village for $6), spray painted silver, BONK! designs painted on with acrylic paint, with craft foam for the raised red band parts at the tip and near the top of the neck. Matching shoesies on the GO train. I actually managed to find a pair of Adidas in Value Village for $15! Needless to say, these were the most comfortable cosplay shoes ever. I normally have to wear boots that are too tight or shoes that fit strangely, so it was fantastic being able to wear comfortable running shoes all day! No cramping! ­¤śĆ 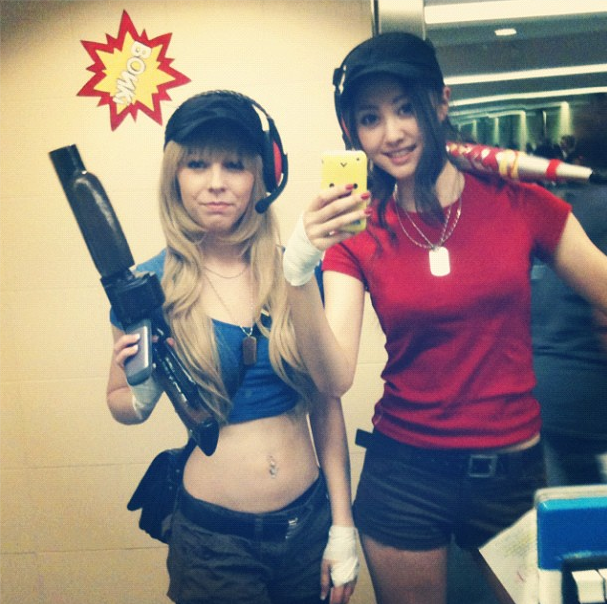 At the convention! I attached a BONK! sign to Ringo’s headset. Lots of TF2 fans recognized that and complimented us on it, saying it was a nice touch! 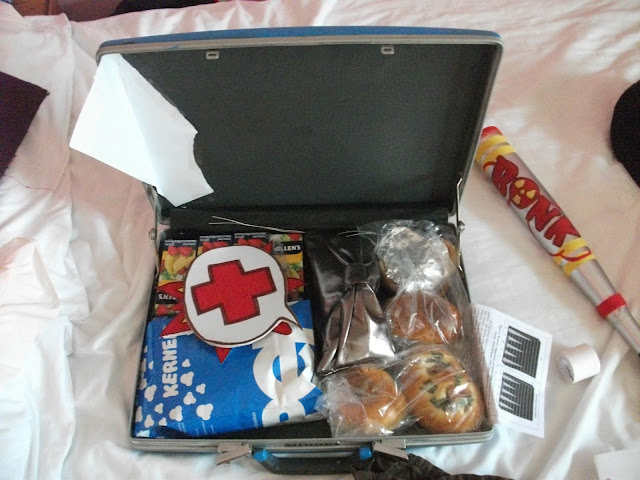 For those interested, this is what was inside the intelligence. Popcorn, medic speech bubble (which wouldn’t attach onto my headband so I ended up ditching it,) makeup bag, sandviches, sports take, extra wire, canned coffee and juice! 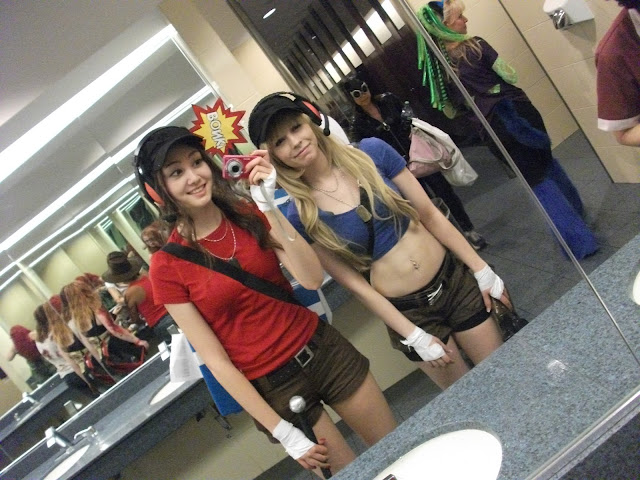 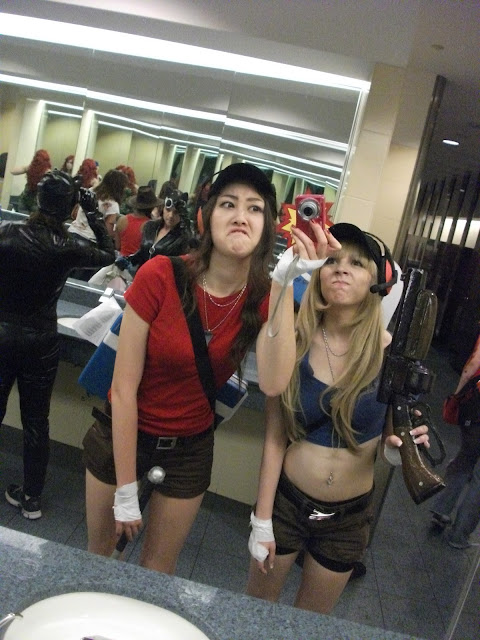 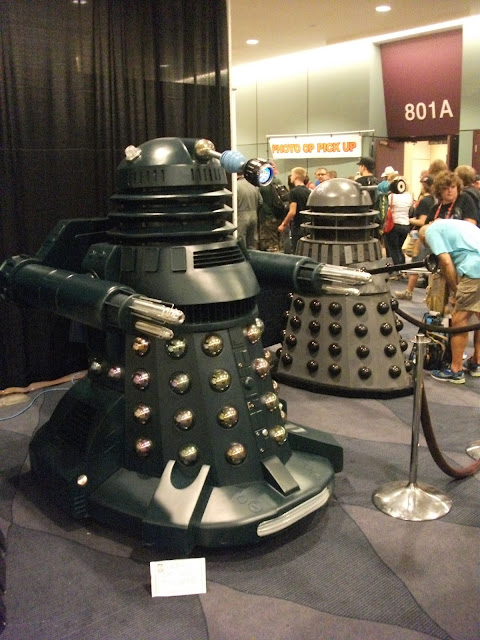 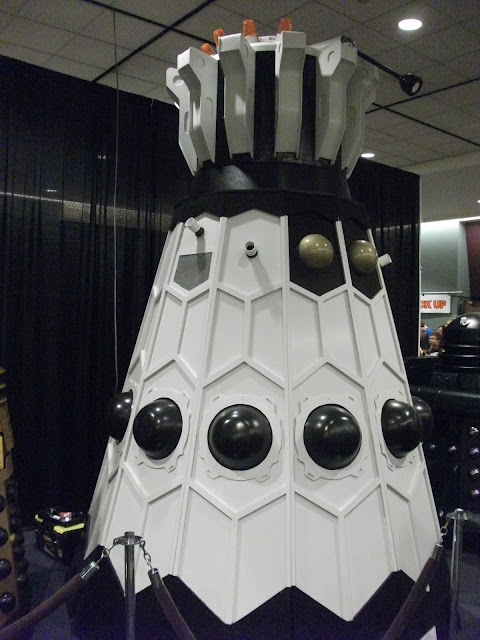 The Dr Who Society of Canada was at the convention! I haven’t watched the series, but these huge daleks were pretty cool! 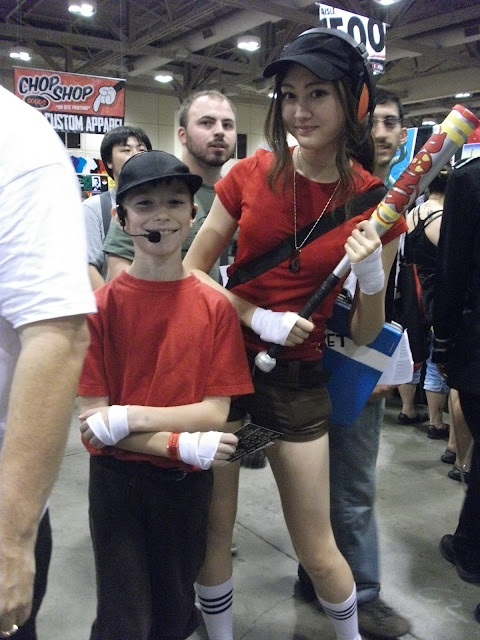 FOUND A LITTLE RED SCOUT IN THE DEALERS ROOM! Suuupppper happy to find him, what a cutie pie~ After I finished taking his photo, his dad said “Did somebody ask for your picture? You’re famous now!” Hahaha! 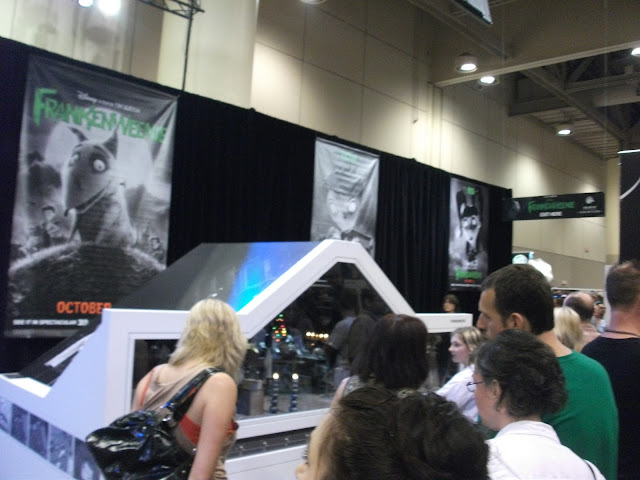 They had models and actual set props from ‘Paranormal’. Stop motion animation is always fascinating, so it was really cool to see what the behind the scenes process was like. 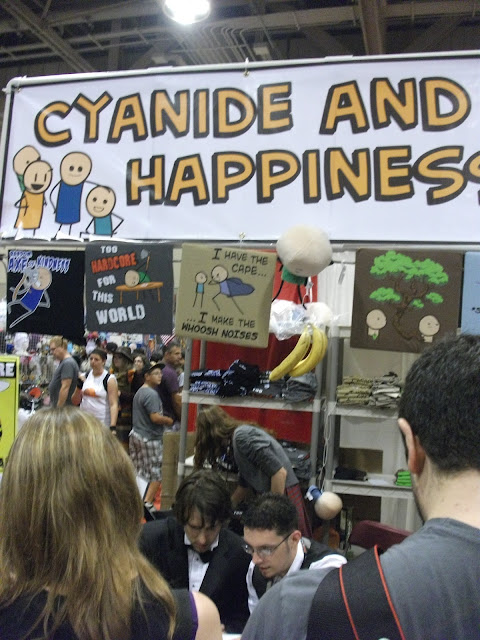 Creators of ‘Cyanide and Happiness’ had a booth in the dealers room! They were drawing personalized comics for those who spent over $30. 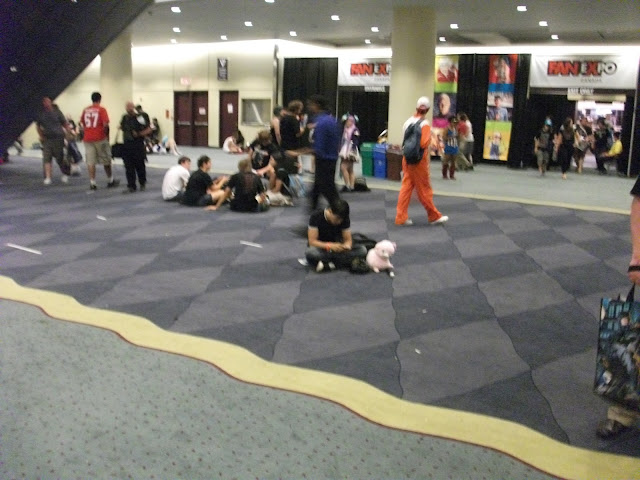 Carroll waiting for us to come out the washroom. So ronery~ 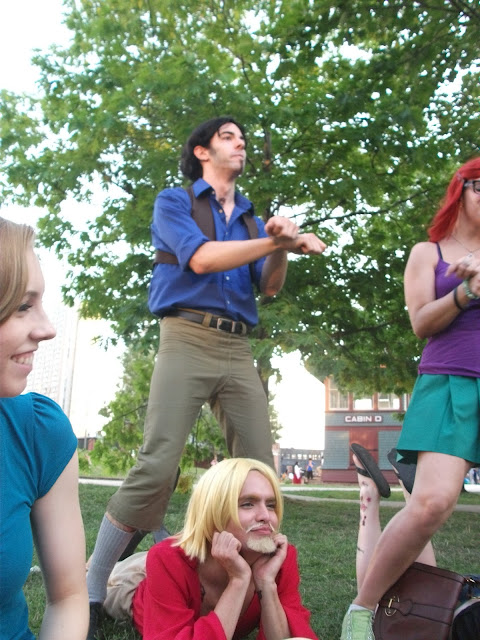 After, we decided to take a break and wander outside for some fresh air. Somebody started blasting Gangnam Style, so naturally Kyle and Alexandro…. I mean, Tulio and Miguel, had to assume their positions ­¤śĆ
Later on, we took some photos with Thomas and Joe. Such a fun photoshoot! 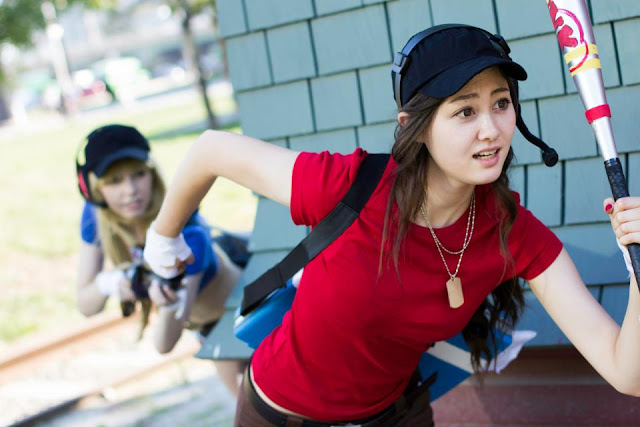 Running away from the Blu scout as she chases me for the intel! 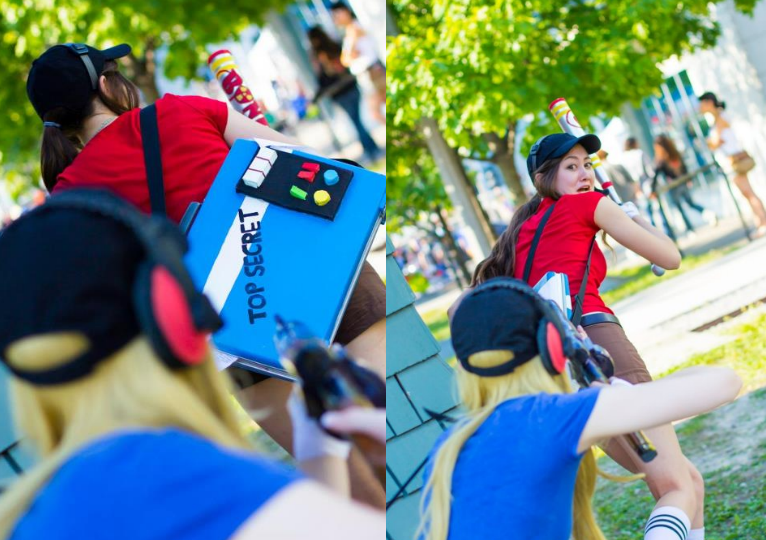 Oh god these are my favourite two photos – Red scout runs away from the Blu base with the intel!
BUT SUDDENLY TURNS AROUND TO SEE A BLU SCOUT STANDING THERE, AW SHIII—- 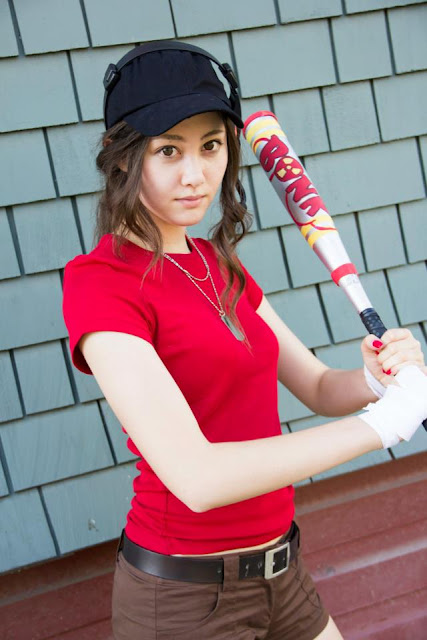 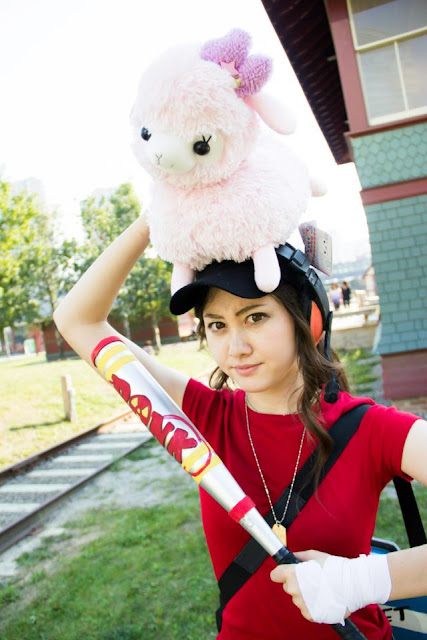 A friend brought me an arupakaso that I bought in a group order! If only I had attached a little horn onto the end, it could have looked like the balloonicorn! 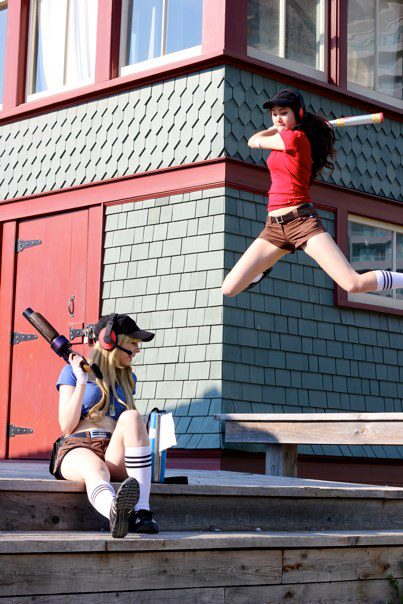 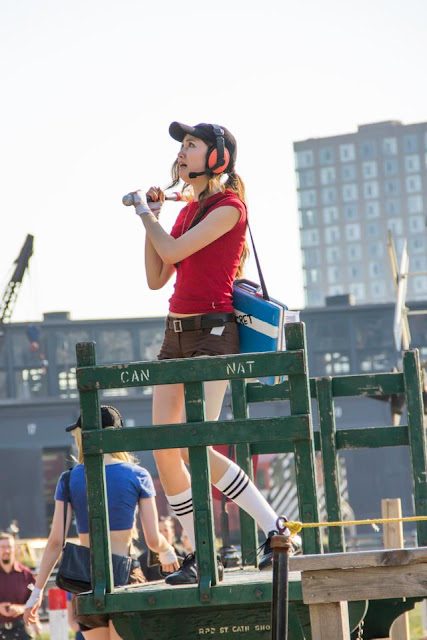 Saw a giant dragonfly divebombing at me… I hate dragonflies so so so much ;_; Ridiculously scared of them! 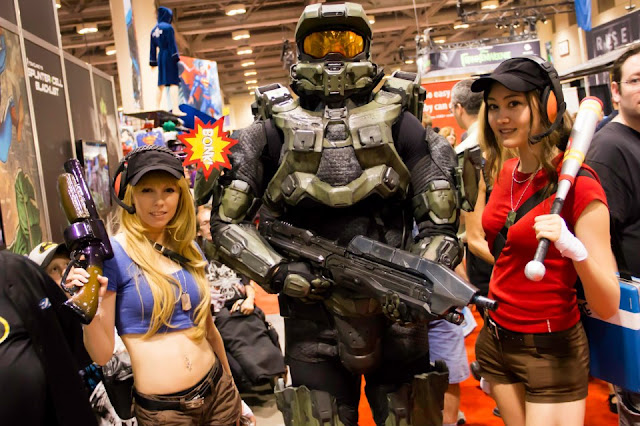 Saw this guy in the dealers room! HE WAS HUGE. He had huge platform boot things on! 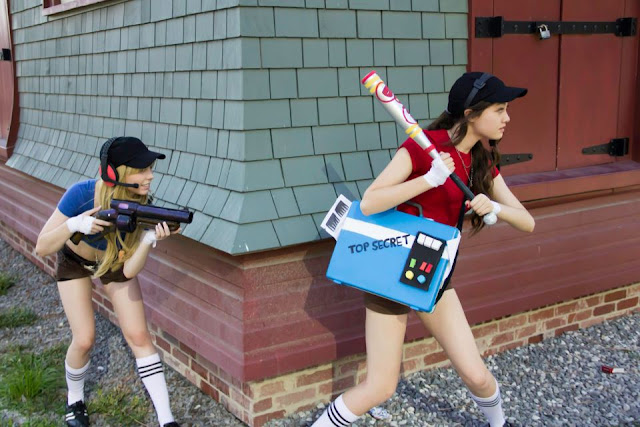 And general cutesy Scoutness just because~~
More photos soon! I’ll post them when I get the photos sent to me!
Hope you are all having a wonderful day!