I’m supposed to be studying for my public relations midterm tomorrow but I’m too distracted at the moment, therefore blog post! 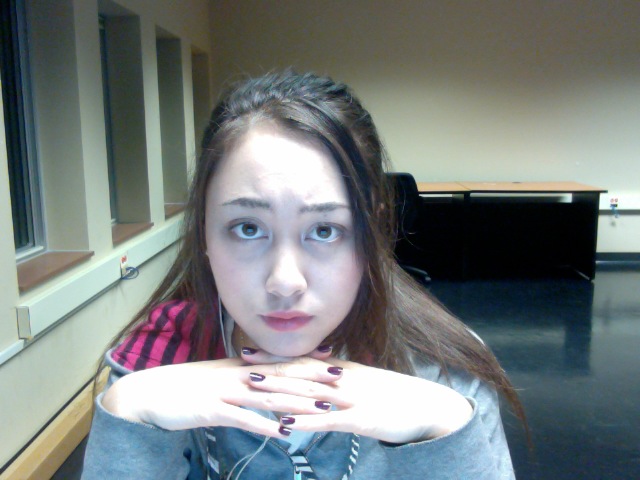 (note the pain in my eyes, THANKS MIDTERMS.)

I really hate the fact that I haven’t been able to blog very often, but the workload of second year is probably double the amount of first year! So many assignments due, and the sucky thing is that they are usually due in clusters. (5 assignments due within one week, with almost nothing due for a week, then another cluster, etc.)

In two weeks, Moetron and I will be attending Youmacon! This will be our second American convention. I’ll be leaving on the Thursday for Sami’s dorm (she’s currently located in downtown Toronto for school, so I’m sleeping over since it’s closer to the bus terminal.) We’ll be taking the bus early in the morning and we’ll be arriving sometime in the afternoon. Hooray for 6 hour bus rides! At least this one won’t be as bad as the ride to Otakon (11 hours ughhhh.)

Genie will be selling artwork as usual, but Sami and I will be playing reporters that weekend! We’ll be getting media passes on behalf of Crunchyroll, so we’re hoping to do a….casual? documentary style con report type of video. Interviewing cosplayers, tour of the building, exploring artist alley, talking to special guests etc. I’m really looking forward to it! It’ll be a different, but relaxing change of pace since we won’t be wearing intense cosplays. My costume lineup consists of Listen! Mio, Matryoshka Meiko, and probably my cat kigurumi to derp around in.

I’m hoping to blog some more! I want to sort out my layout and change it up a bit, but I haven’t had the time. Would somebody like to make a blog layout for me? Wehh ;__;

Hope you guys are having a great day!