The month of July has been insane so far. I’ve been busier than I’ve ever been in my entire life so far! But it’s awesome, I’m not going to complain or wish it was any other way. I don’t have many high res photos so you’ll have to do with some instagram photos, sorry!

(Wooo thanks G&S for choosing such a bad thumbnail ­¤śø Also fun fact: I filmed this vlog with a realllly high fever, I felt like I was dying on the inside haha! )
Went to Anime Expo in LA for the first time!!

Ahhhh this was the start of an absolutely insane month!! Geek and Sundry asked me if I’d like to go to Anime Expo, and of course I said yes! (Actually I replied to the email quite calmly but then proceeded to fall off my chair and foam at the mouth, y’know.) I was so happy to actually go and attend my dream convention, and go to LA for the first time! 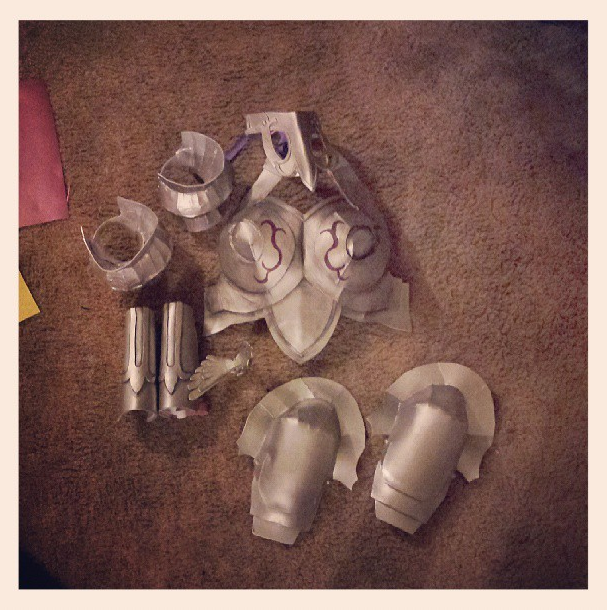 I rushed rly hard to finish my Sumia from Fire Emblem, didn’t finish all of it though and ended up just packing my materials to finish it at the hotel.

Here’s some of the cosplay progress that I managed to record!
I drove with Genie to Buffalo International Airport on the 3rd of July. We flew out of Buffalo because it’s only about a 2 hour drive from us, and flying out of the US is a few hundred dollars cheaper than flying out of Toronto’s Pearson International. We were supposed to fly Buffalo > Atlanta -> LA 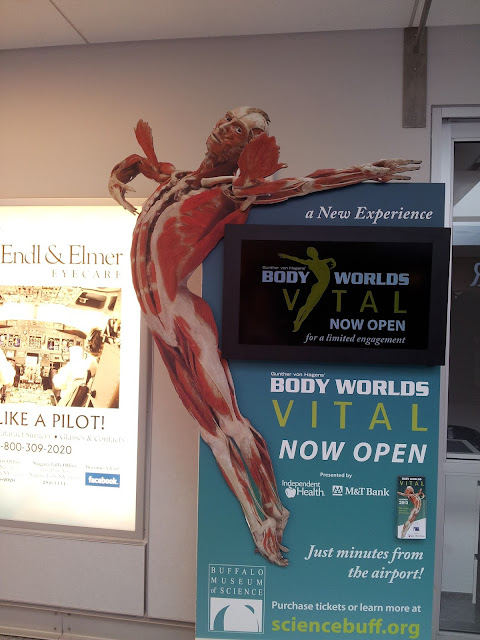 Genie and I found a dancing titan in the airport!

Basically, there was a really big thunderstorm in Atlanta meaning all outgoing flights were suspended. The next flight to LA was 6AM the next morning…so we got trapped in Buffalo airport for 14 hours. That was not fun, probably the most boring 14 hours of my life. 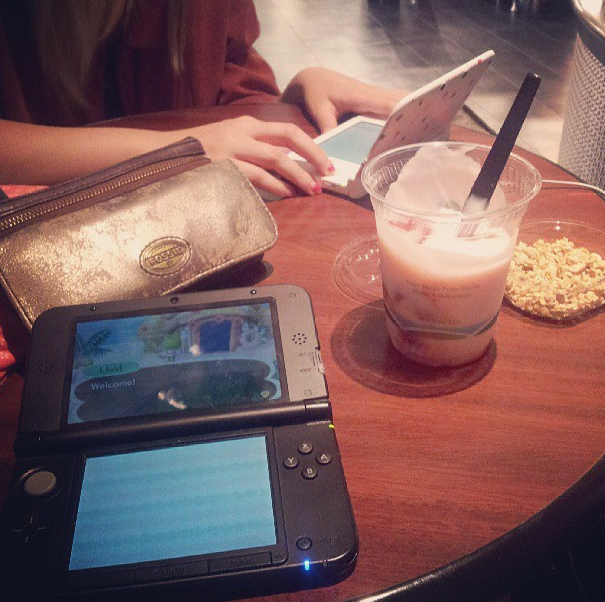 Luckily Genie and I had each others company so we just talked and played a lot of Animal Crossing. At 6AM on the Thursday, we flew from Buffalo to Chicago Midway, and then to Los Angeles. 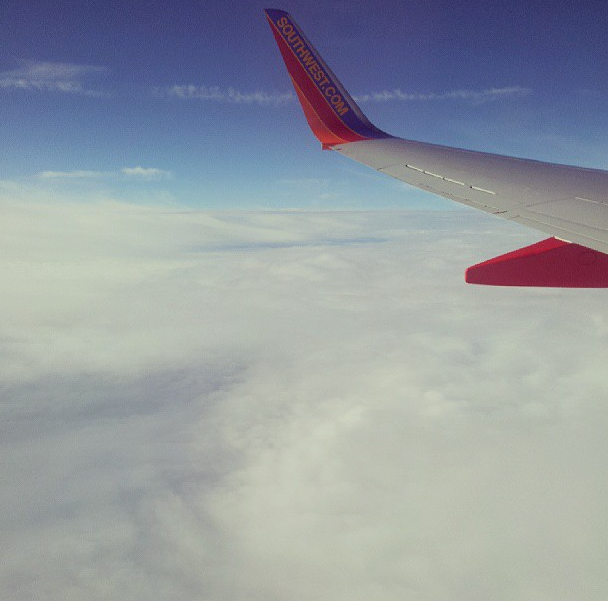 Flying over! I love flying, above the clouds reminds me of a dreamscape! 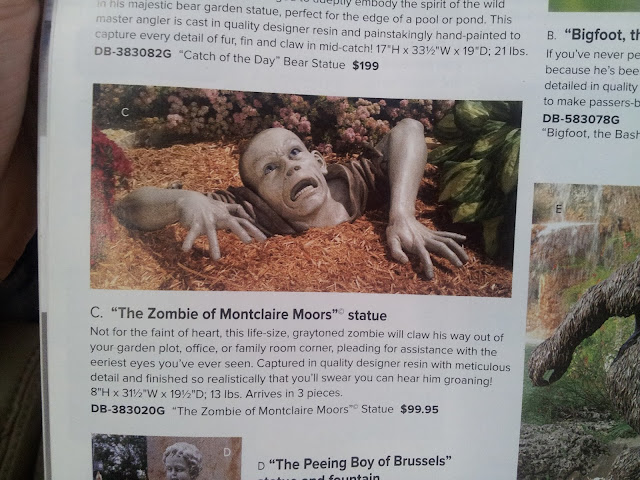 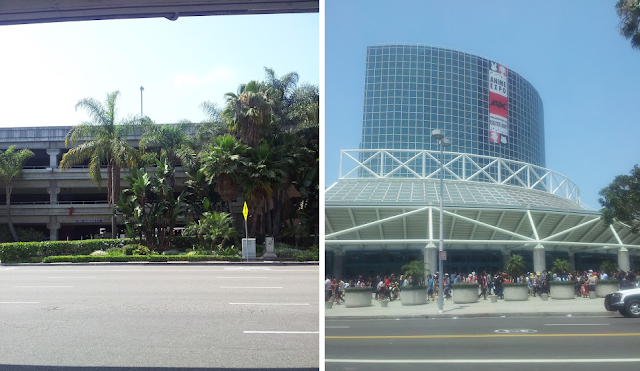 I LOVE LA~~ SO MANY PALM TREES!!
(I always freak out when I see palm trees haha… I love them! To me, palm trees = paradise~)
It was pretty surreal getting to see the con centre for the first time with my own eyes.. I remember marvelling over the photos that my friends would post, thinking about how pretty the convention centre looked!! 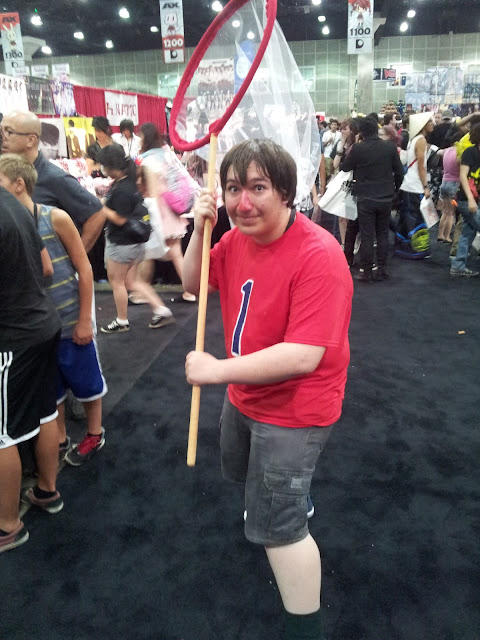 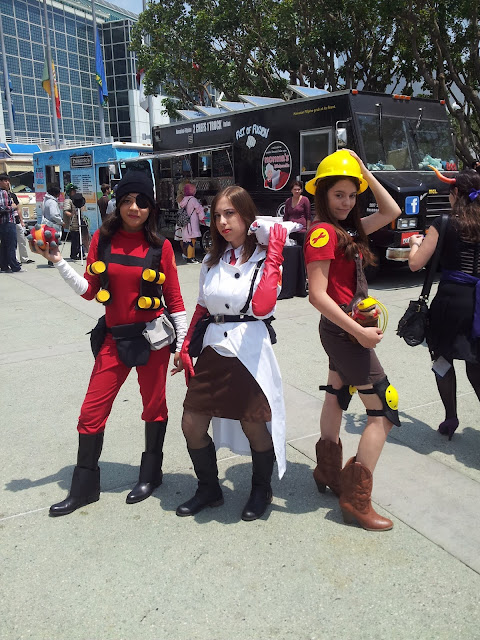 Sexy TF2 ladies! I wish I had sniper ready so I could’ve taken some red team photos with them!! 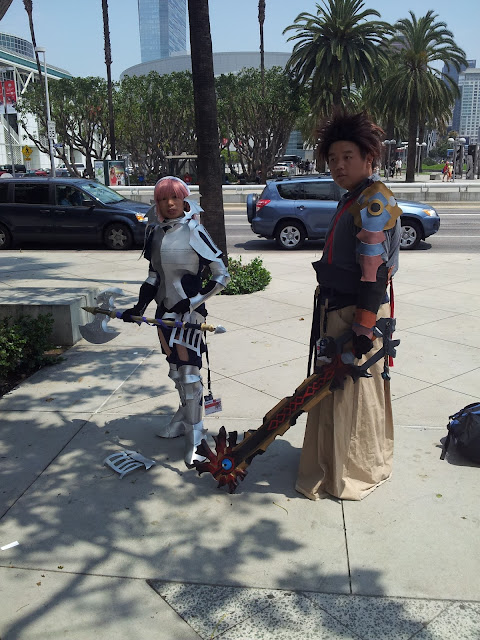 Amazing Cherche cosplay! The other guy had a rly impressive outfit as well, not sure which character he’s doing though. 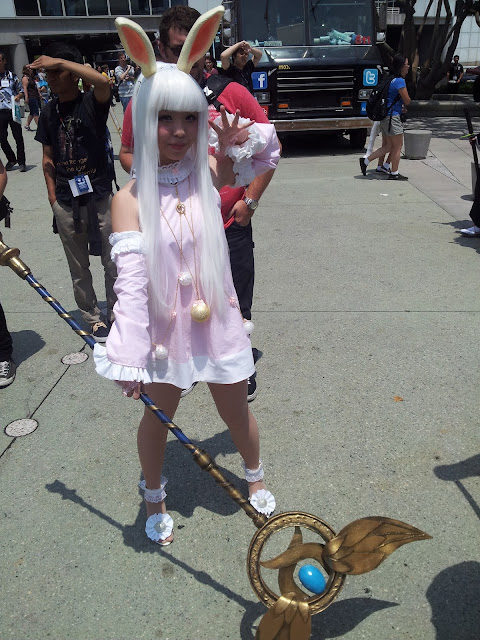 Vy being a cutie~ 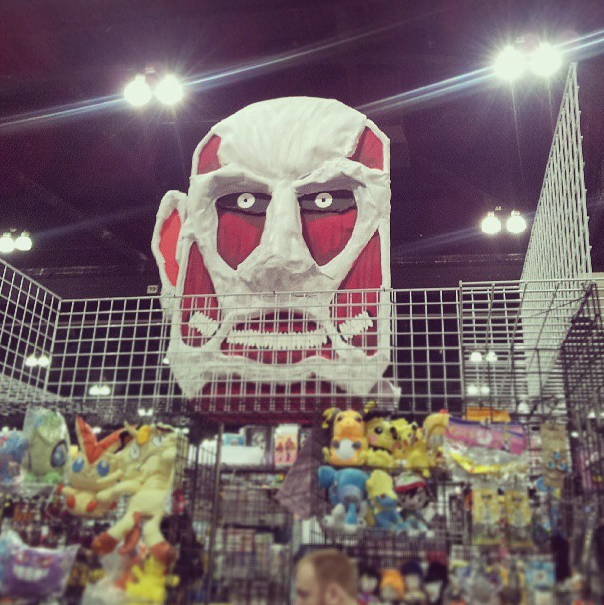 Giant titan in the dealers room! Oh no!

Anime Expo was absolutely insane. It’s so beautiful there. The level of cosplay was crazy, so many talented cosplayers there. As soon as I got to the hotel, I spent 2 hours finishing up my Sumia cosplay (armor got squished in my suitcase waah ;_;) Finally got to the con at around 2:30PM. Ran around the dealers room, met up with LA friends for the first time, helped host the Crunchyroll livestream, interviewed by Funimation and appeared on their livestream… Went back to hotel, changed, ran around Little Tokyo, ate delicious (but spicy) hotpot, drove around LA, went back to the hotel and then crashed. It’s hard running around such an exciting con on only 5 hours of sleep across 2 days ;_; 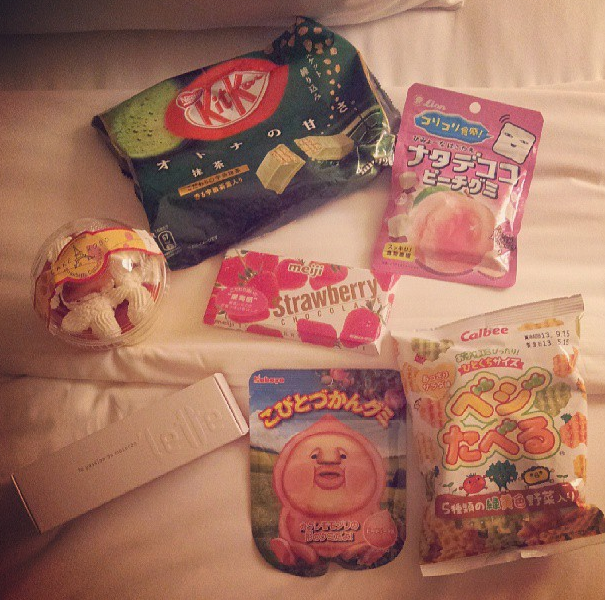 Back at the hotel – I had a room in the Millenium Biltmore. It was a little bit of a drive to the con, but there was a free shuttle right outside that took us straight to the con. But this hotel, man. So beautiful. 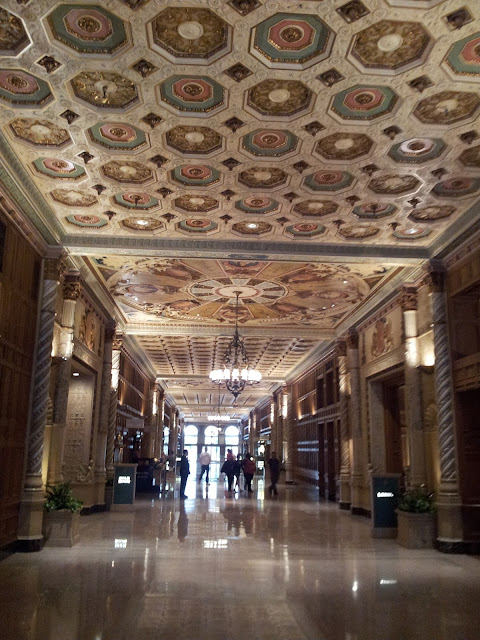 Check out that ceiling!

I had a room to myself, TO MYSELF~~~ I’ve never had a room all to myself…at my dream con…aughghgh!! I actually screamed and danced around the room, and cried actual happy tears. I actually went hysterical from happiness, but that’s probably because I was only running on about 5 hours of sleep over 48 hours. 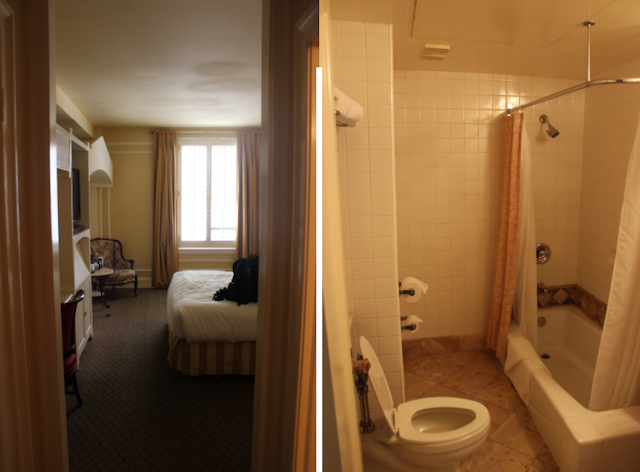 The room was pretty big – had a desk, king size bed, chair and sitting table, and a nicely sized bathroom. 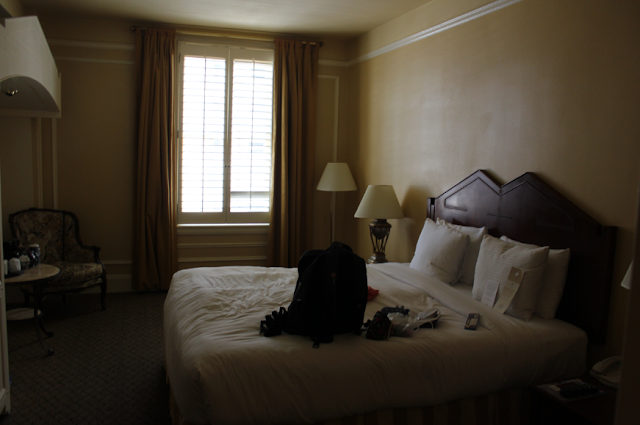 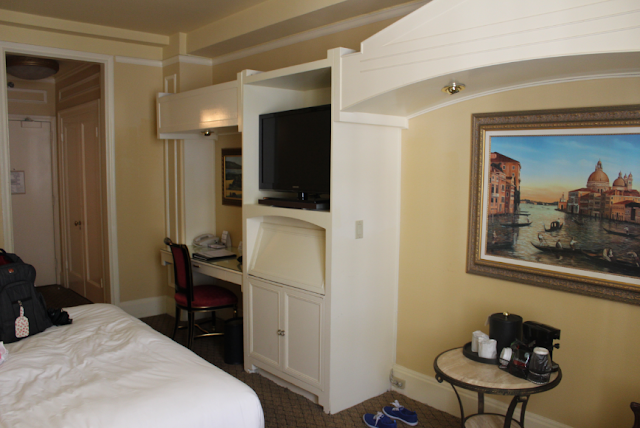 That night when I got back, I changed, showered, and actually died when I hit the covers. I’ve never fallen asleep so fast. The bed was so soft too, everything felt so nice!! Best sleep ever!!

Next day Domics, LilyPichu and I had our little meetup/gathering! So many people turned up, it was awesome! 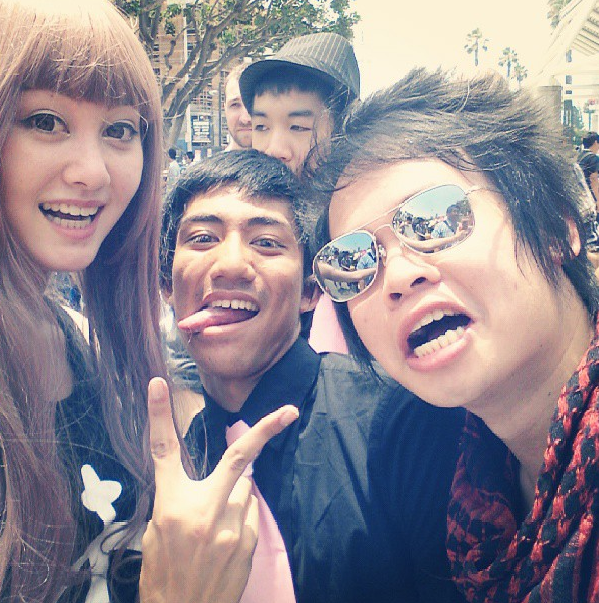 This awesome dude, Tako, actually MC’d our meetup for us because Dom and I were being awkward haha and didn’t know how to entertain that large group of people… Thank you, you are a lifesaver aah~~~ 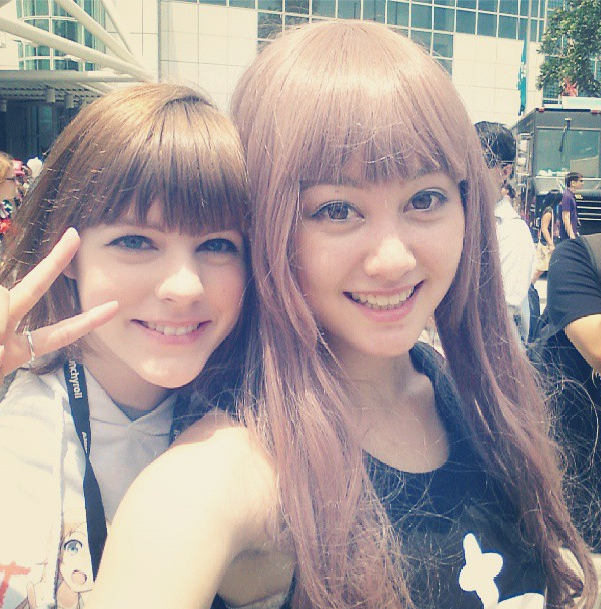 Met Chanelle for the first time! She’s so cute omg! She’s an actress on the Cartoon Network show, The Incredible Crew. But oh man she’s so pretty and charismatic! So happy I actually got to meet her! 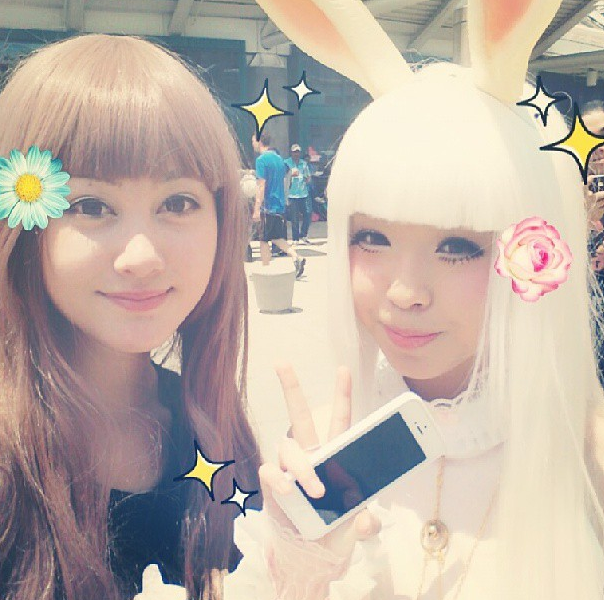 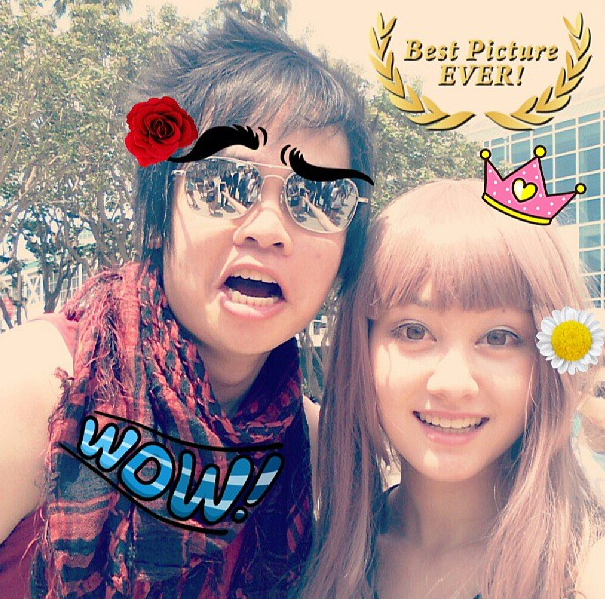 My flight actually left on that day at 3PM, so I could only run around the con once last time before rushing back to hotel and catching my flight. 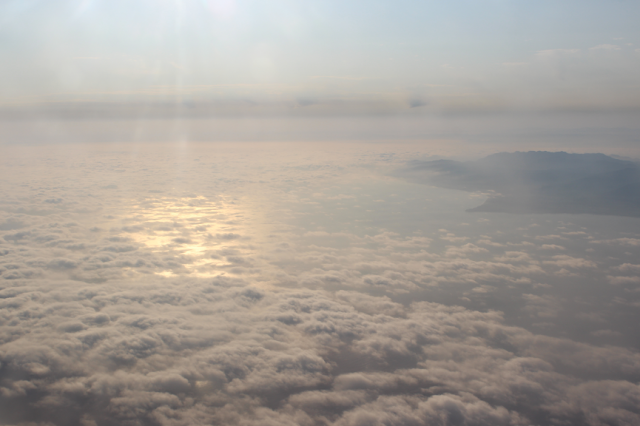 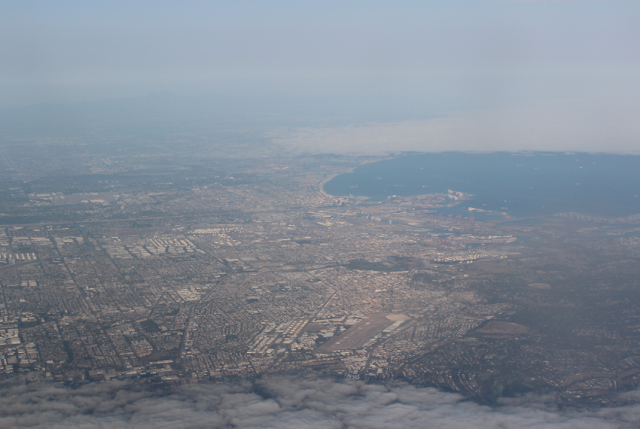 Goodbye LA! (Two weeks later, I was back in LA to transfer flights to San Diego :D) 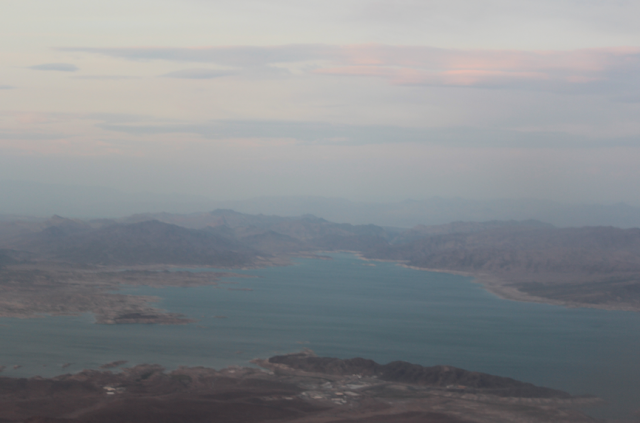 Landed in Las Vegas airport to transfer flights! Saw this terrifying thing there. 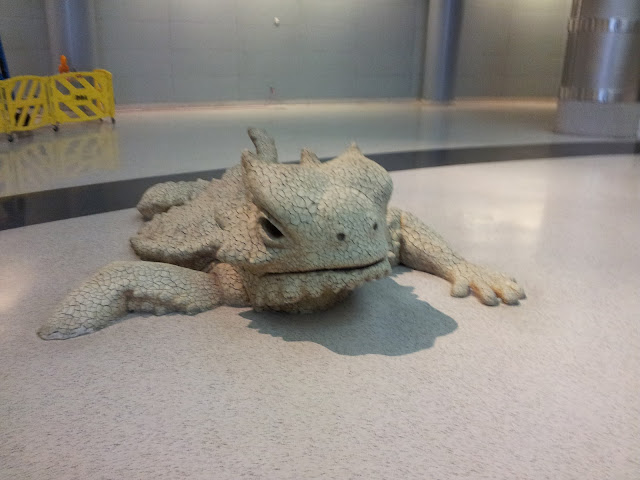 Even though it was only for a day and a half, being at AX was a dream come true. Ahh! So happy that Geek and Sundry gave me that opportunity~

I’ll post about San Diego Comic Con in a few days! Thanks for reading! ­¤śĆ