Finally got photos back from Fan Expo! It feels like forever ago, even though it was only like, 2 weeks ago. Whoaaaaaaaa. Fan Expo was super fun this year, but quite different to the other Fan Expos I’ve been to. This year, I didn’t attend with my usual circle/cosplay group, since we all had different plans. Instead, my lovely friend mle stayed over at my house during the convention, since we were cosplaying Attack on Titan on the Saturday!
On the Friday of the convention, we decided to take it easy and vlog. We tried doing own on take on “Japanese street style”, aka me failing horribly at getting dressed (threw on some things last minute), while mle rocked her monotone cat-inspired outfit!
Another attempt at a fashion-bloggy post. Top – Oasap // Skirt – Unnamed Chinese Brand // Sailor Moon Necklace – Kuma Crafts // Glasses – Ardene // Creepers – eBay
My attempt at “street fashion.” I was in a bit of a hurry in the morning because my original outfit (shirt + high waisted shorts) was more American Apparel than Shibuya street style, so I scrambled around my closet and pulled out this skirt. There was actually a super engrish tshirt attached to it but I had previously cut it out. Finally put it to use!
Luckily, some of our friends (who also happen to be photographers) took some street-style snaps of us! ;D 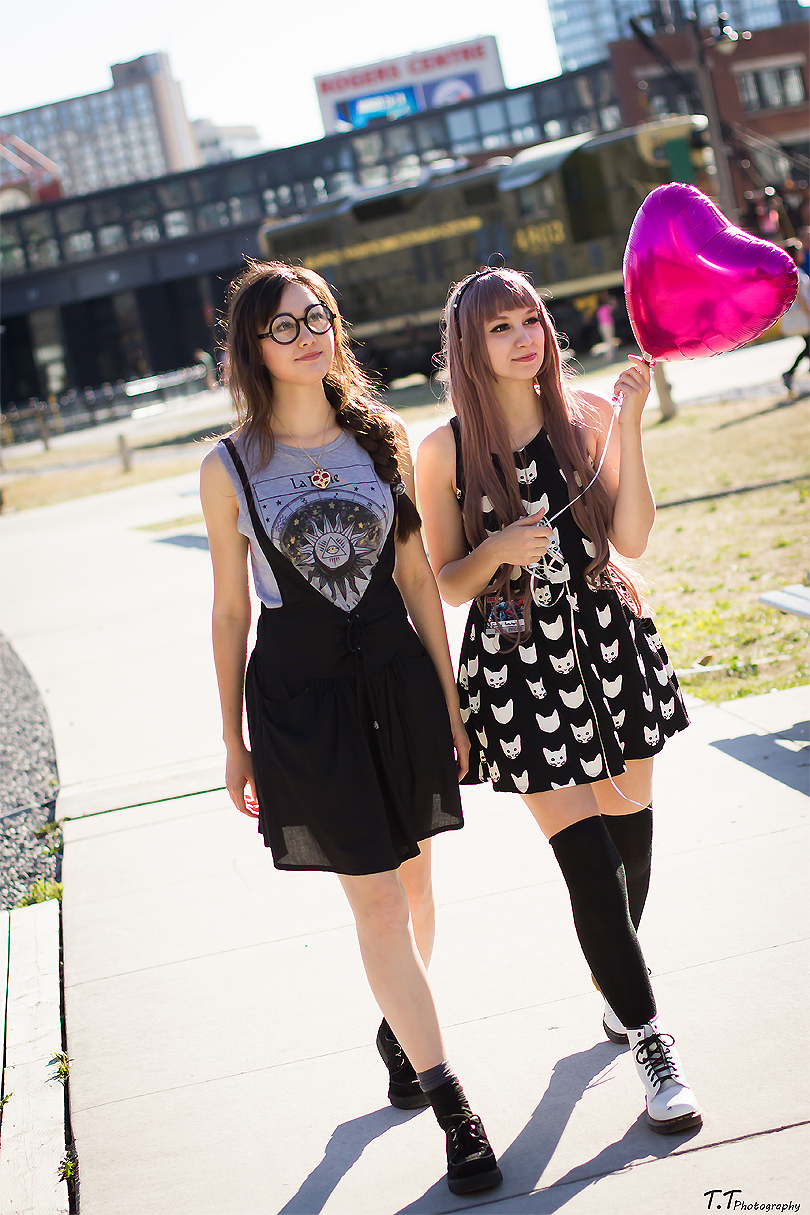 Struttin it out! We had to walk a few times because I kept laughing and making stupid faces. We also found that cute balloon just randomly tied to a post! 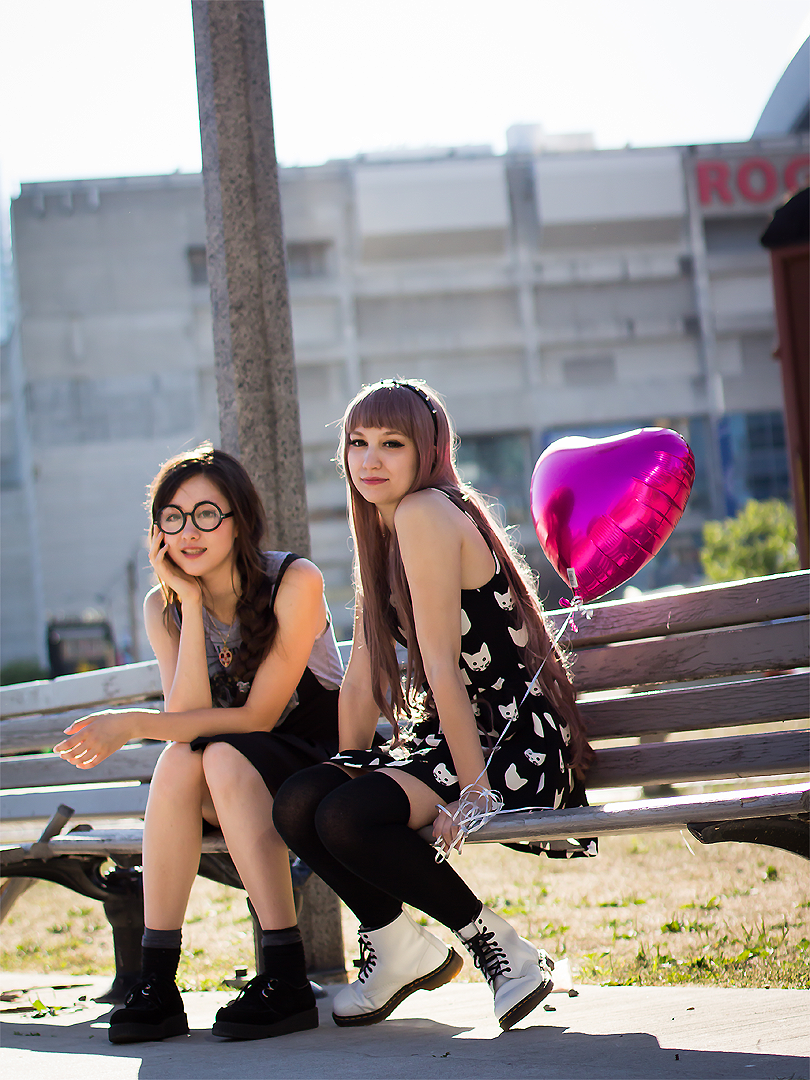 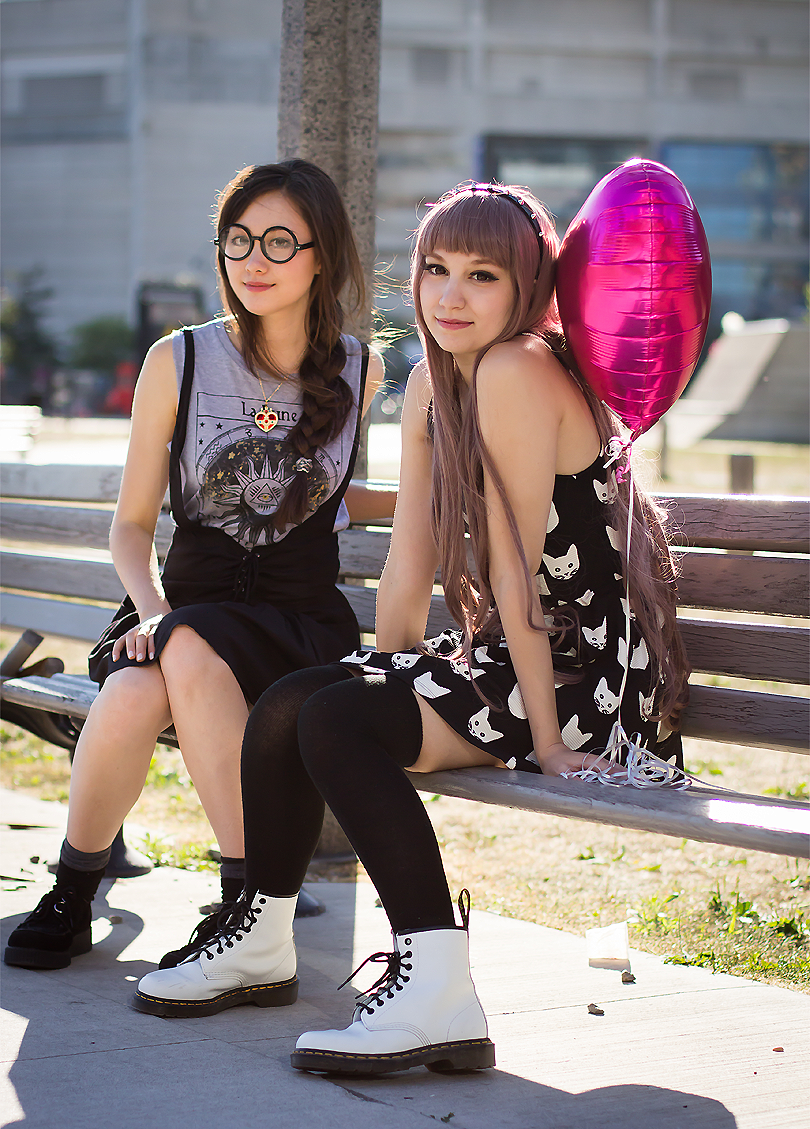 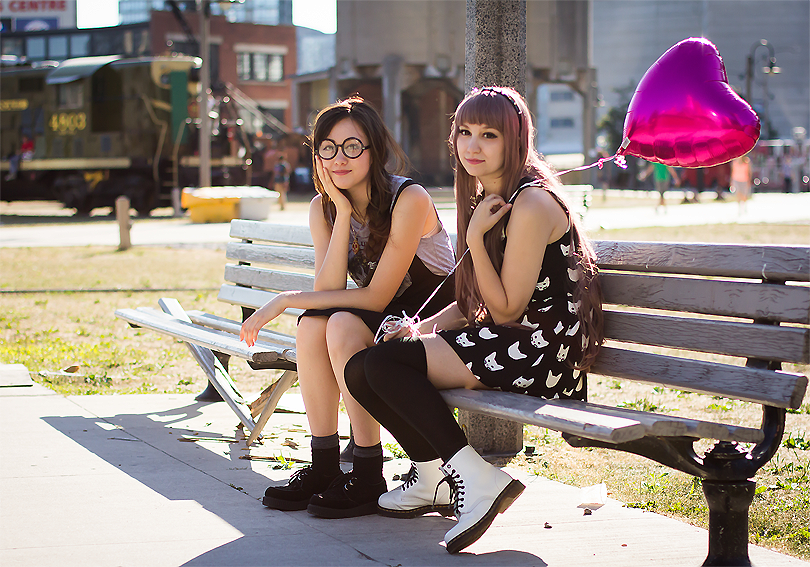 If you’re interested in seeing where mle got her outfit, check out her blog! We’re hoping to do a lot more collaborations together, more info on that soon.
This little shoot was so much fun! ­¤śĆ I’d love to start doing more of these too! What do you guys think? Also, bonus derpy picture. 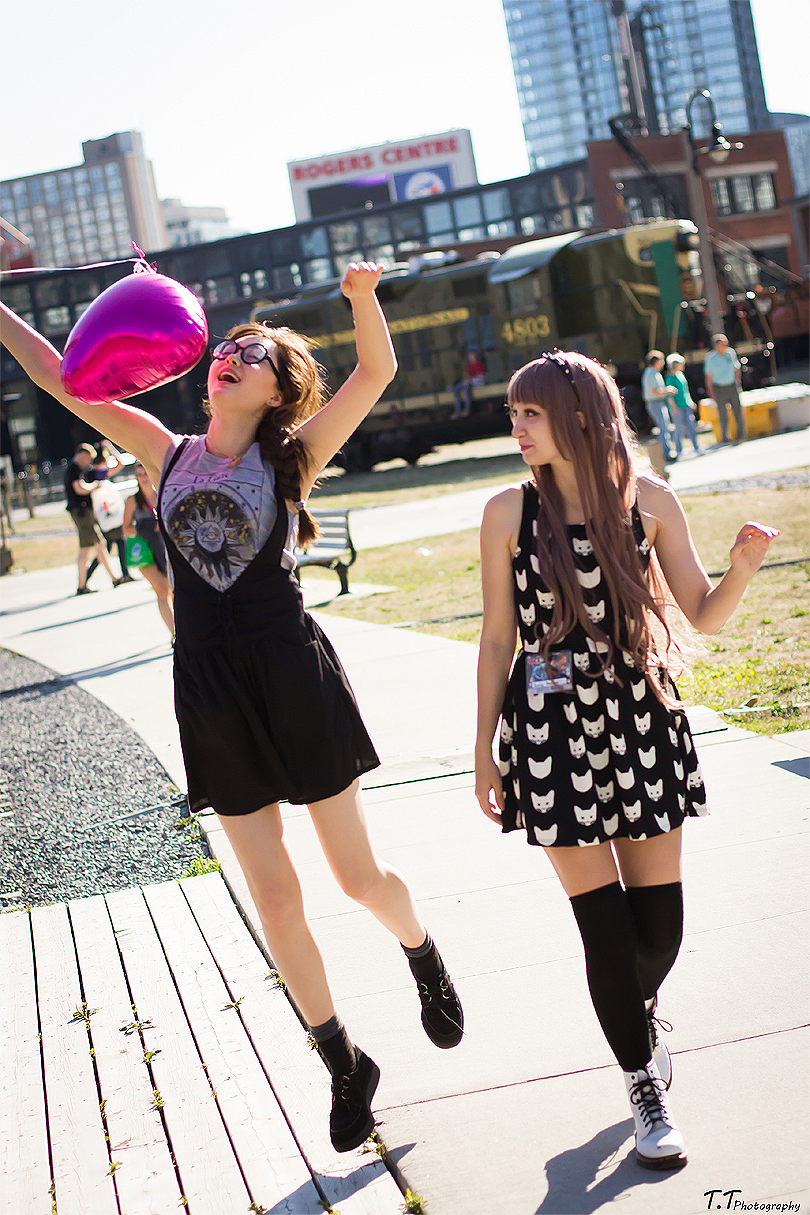