If you’ve been following me on my other social networks, you’ll have seen that over the past two weeks, I’ve been posting about The Gathering 2014 nonstop! In an effort to revive my blog,  here’s my Gathering experience masterpost, haha!!

If you don’t know what The Gathering is, check out my video on GeekandSundry Vlogs! :}

Basically, The Gathering is a huge LAN party held in Hamar, Norway. It’s filmed in the giant viking ship olympic stadium (which is named the Vikingskipet because it looks like an overturned viking ship!) Thousands of people flood into the ship, bringing their computer supplies and shelf equipment for 4 days of nonstop gaming fun! It was my first LAN event, and it was even more exciting because The Gathering had invited myself, Scott, Amy, and our producer Jenni, to host live shows!

Also, apologies for the quality! Pics were shot on my iPhone. 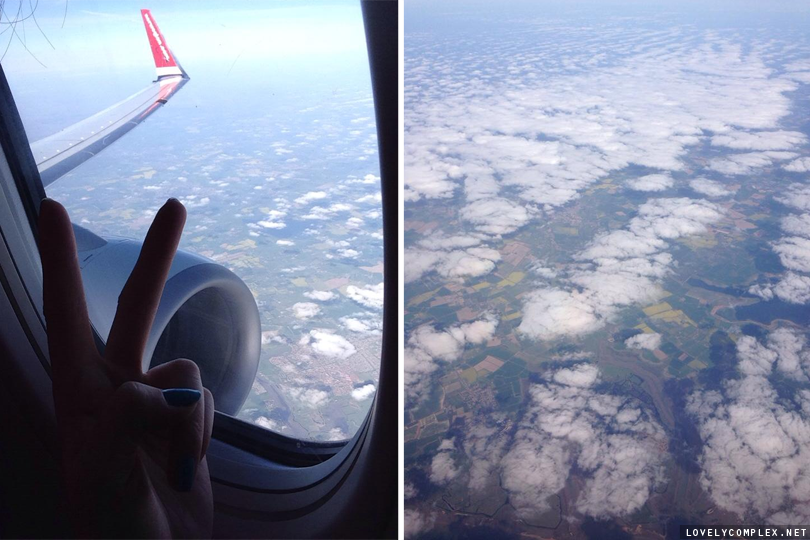 Flew with Norwegian airlines from Gatwick in London. Norwegian is awesome, such a pleasant flight. They even had free wifi! Definitely helped the 2.5 hour flight go by very quickly. I’m super fortunate as this trip was my third trip down to Norway. (First time for planning meetings, second time to film promos for the event.) Ya can’t keep my outta Norway!~ haha. 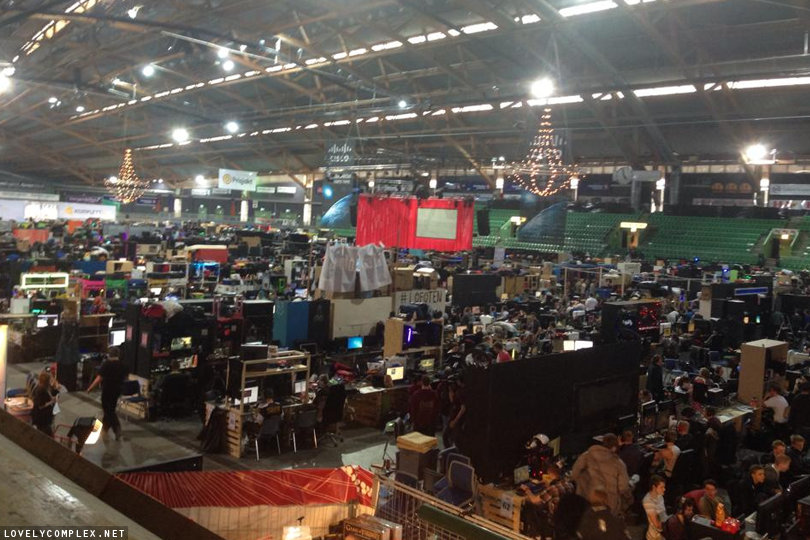 Walking into the ship and seeing this for the first time was definitely super exciting!! So many people! And so many cool shelves set up!

Here’s my walk-around vlog for the weekend! I tried to vlog as often as I could during the weekend, so much to see and do! 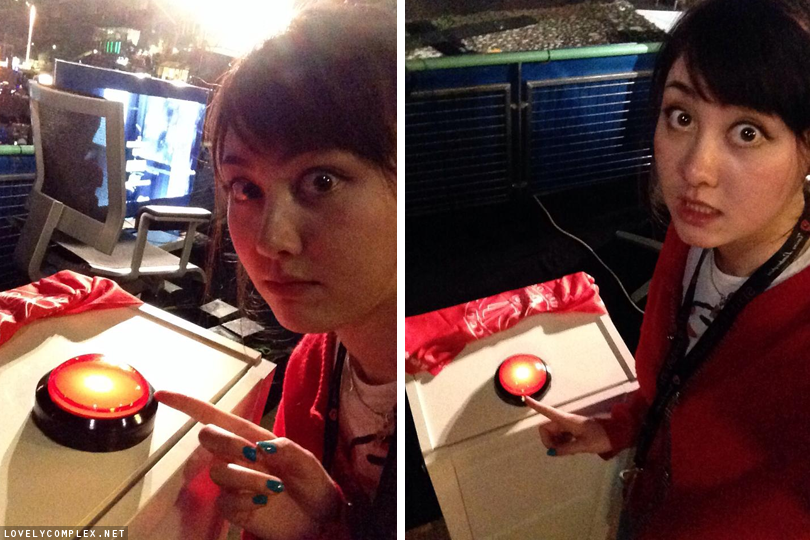 One of the cool events at the Gathering is that on the first day, after opening ceremonies, the lights are shut off revealing a dark ship filled with thousands of computer monitor lights! This is the magic button that Scott pushed to turn off the lights. DO I PRESS IT?? (You can’t see a giant red button and not push it!! ;D) 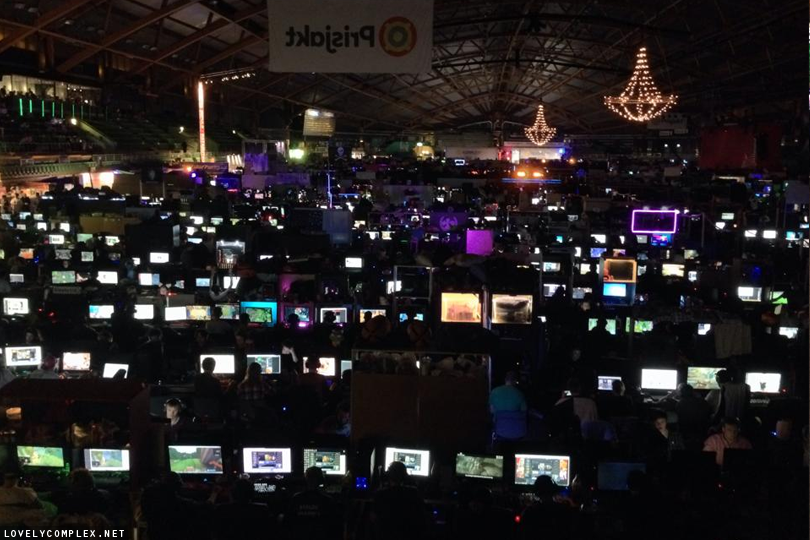 It looked incredible at night! You can kinda see some of the games that people are playing… Majority of people were playing Minecraft, League of Legends, and Counterstrike. Dubstep blasting 24/7. 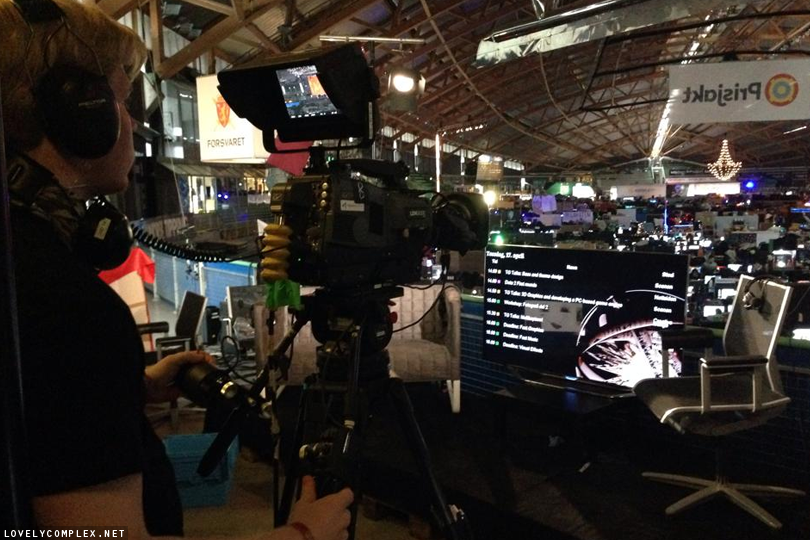 As I previously mentioned, Amy and I did a talk show during The Gathering! We had a half hour show at 5PM every day, talking about the days events and highlights, as well as interviewing some guests and staff. I’ve never done live presenting on a talk show before so it was a new experience! I was really nervous about the studio headsets because we had our producer (Jenni), and the director (Kasper) talking into our ear, giving us countdowns, timing cues, and people giving us topics to bring up. Scary at first, but after the first livestream I found myself becoming more comfortable in front of the camera. We just derped around and chilled with the guests 8) 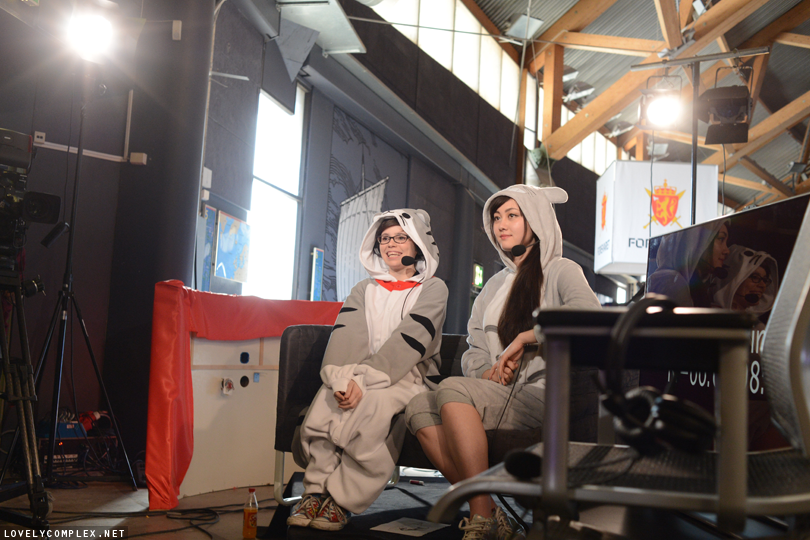 Getting ready for the show! We dressed up in kigurumis which was really fun! I wore my Totoro one, which is too short for me hahah…. Oh well ­¤śĆ 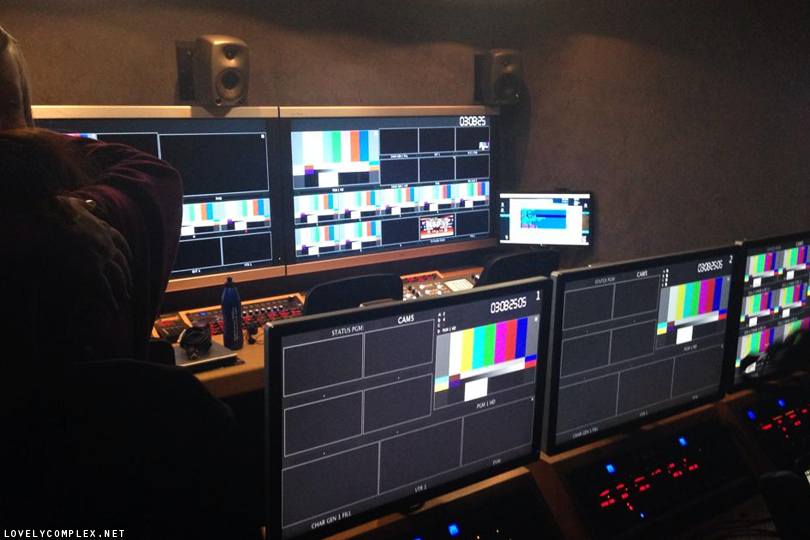 Jenni was sitting outside the Vikingskipet in a big media truck… She could see us on the cameras, and was sitting here giving us instructions during our show! 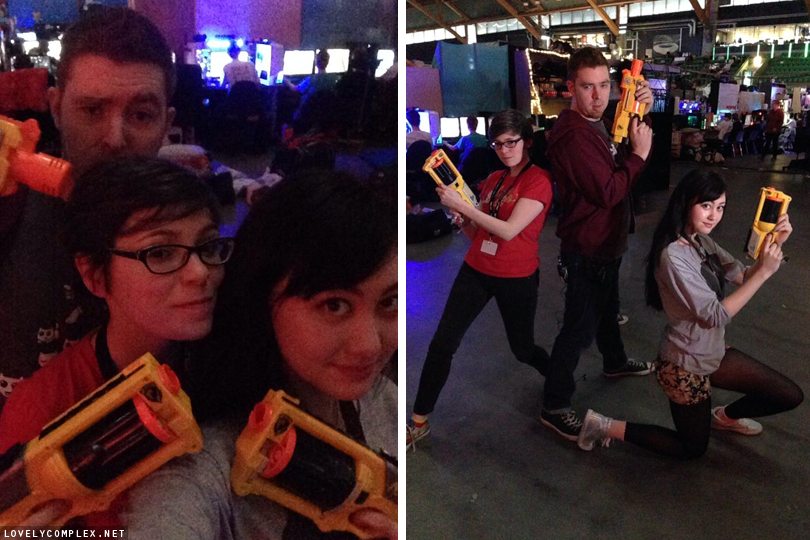 Scott had a late night talk show at 1:30AM. For one of his segments, he and Jenni had a nerf gun fight. Of course, we had to join in on the fun! Here we are as Felicia’s Angels. ­¤śē 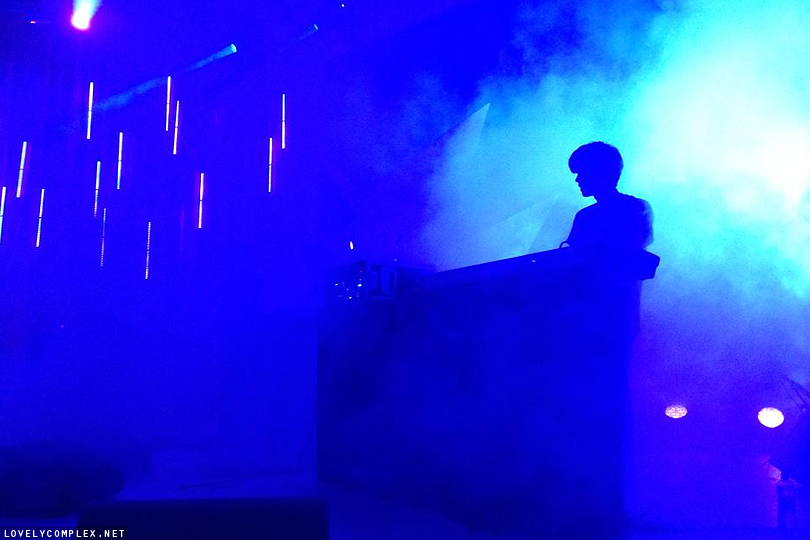 ON THE SECOND NIGHT, LEMAITRE DID A SURPRISE APPEARANCE. I PRETTY MUCH SCREAMED. I love Lemaitre, only recently got into them!! I thought they were french (because of their name), but apparently they were Norwegian! a;skfldjdklgdfkg so excited during their set, a little bit upset because the crowd really sucked haha. Lemaitre is indie electronic group, some of their music isn’t really suited for dancing, so a lot of people just stood there…. I was having my own little dance party though ­¤śĆ 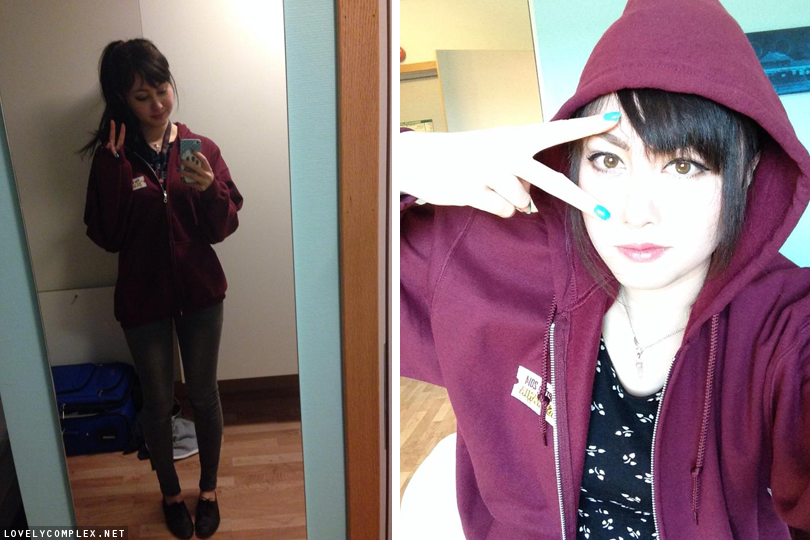 Got my crew sweater! They only had large sizes left when I got mine, so it’s huge!! Super comfortable though, I like wearing it when I’m lounging around my rooms in the evening. ~moe thugz 4 lyfe~ 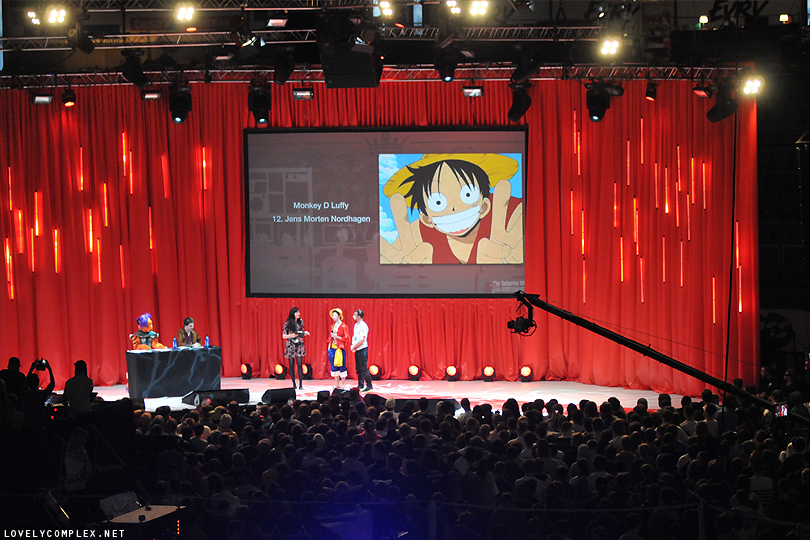 I also hosted the cosplay awards on the Friday with a Norwegian TV host, Kim-Daniel! He was super fun, great at hyping up crowds. So many people turned up, it was insane. There were so many fantastic cosplayers! Apparently there was a huge amount of people watching on the livestream as well. 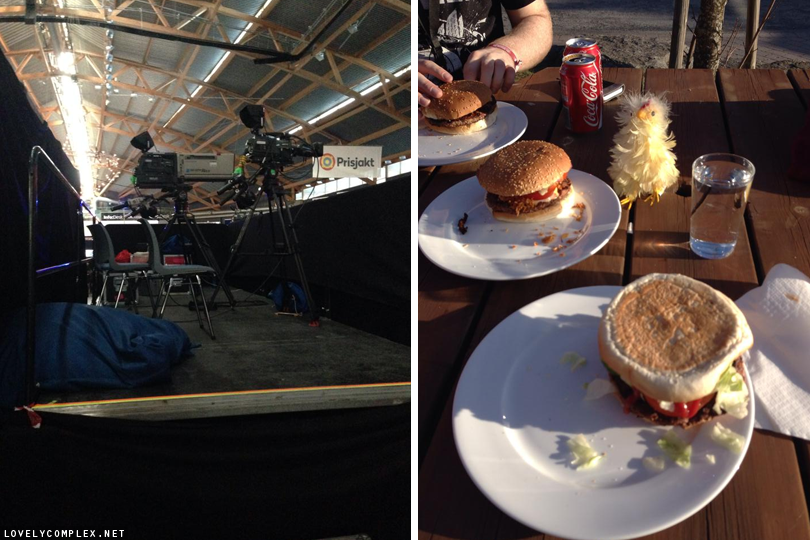 Cameras on the main stage were really big! After a days work, eating at the crew house was great. Had bbq burgers which were amazing. Such lovely weather as well, bright and sunny. 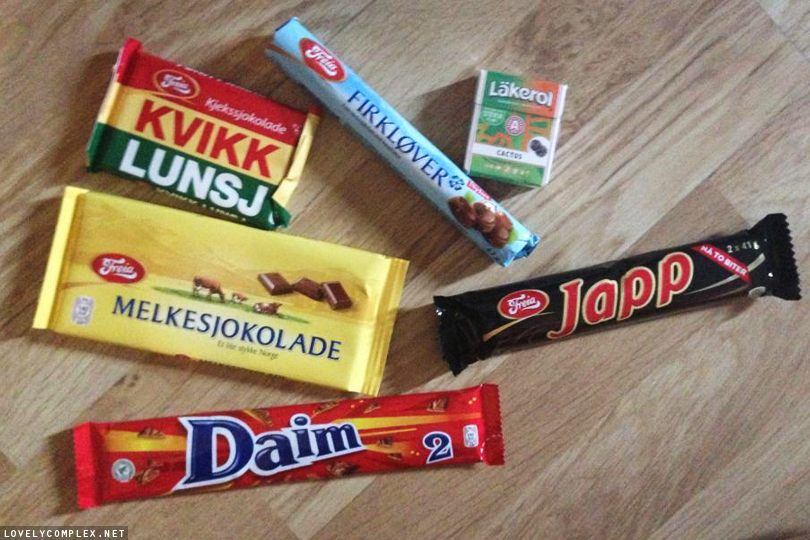 A lovely woman from the Information:Games desk called Dawn, gave Amy and I a huge back of Norwegian candies!! I made a video tasting them ­¤śĆ 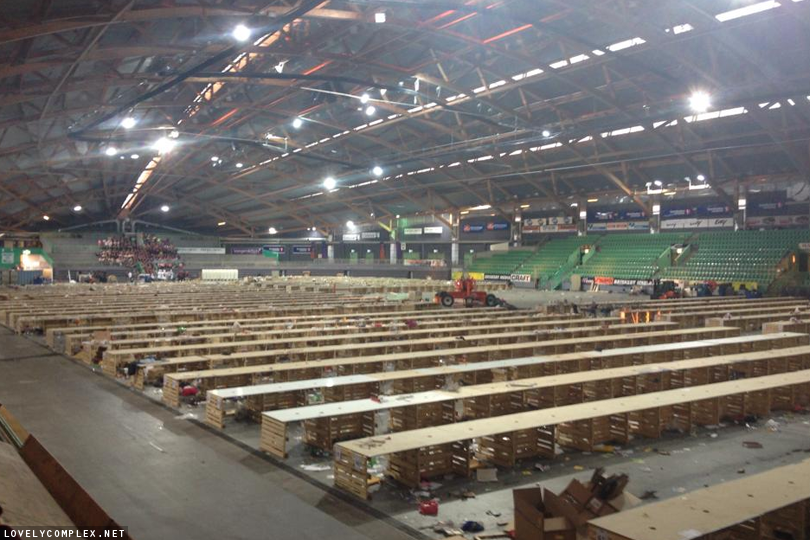 After everyone left on the Sunday! So much garbage omg it was insane… People also left computer parts, food, and chairs/furniture!! However, Sunday evening was also time for the crew party! Unfortunately Amy and Jenni had to leave early to catch their flight back to Los Angeles, so Scott and I had to party extra hard on behalf of them. ­¤Öé 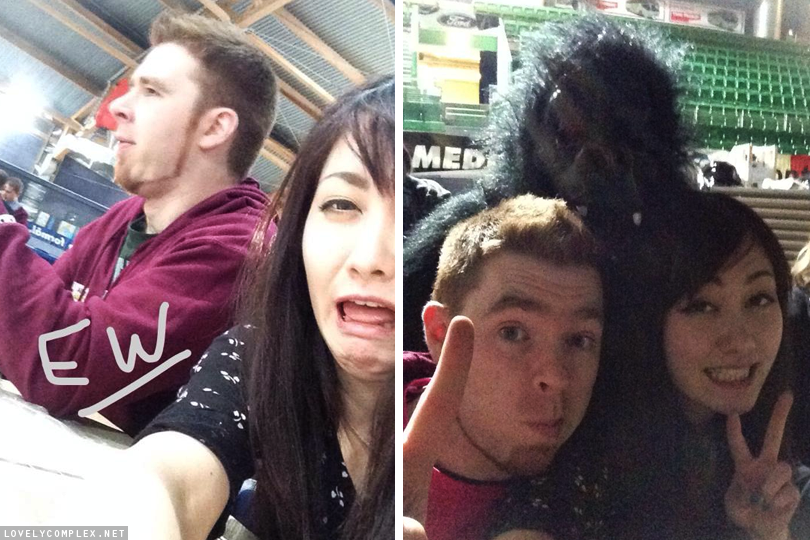 Me being a derp + Scott, Kasper the gorilla director man, and myself! ­¤śĆ

All in all, The Gathering was a huge success! We didn’t really get to game or participate in the games, but we had a ton of fun hosting events and meeting our Norwegian viewers! If you’re thinking about attending the Gathering, you definitely should. There are so many concerts, events, contests and lectures/seminars to attend.

Thank you to KANDU, and The Gathering for inviting us. We really had such a fantastic time. Hopefully we’ll be able to attend again next year! :}