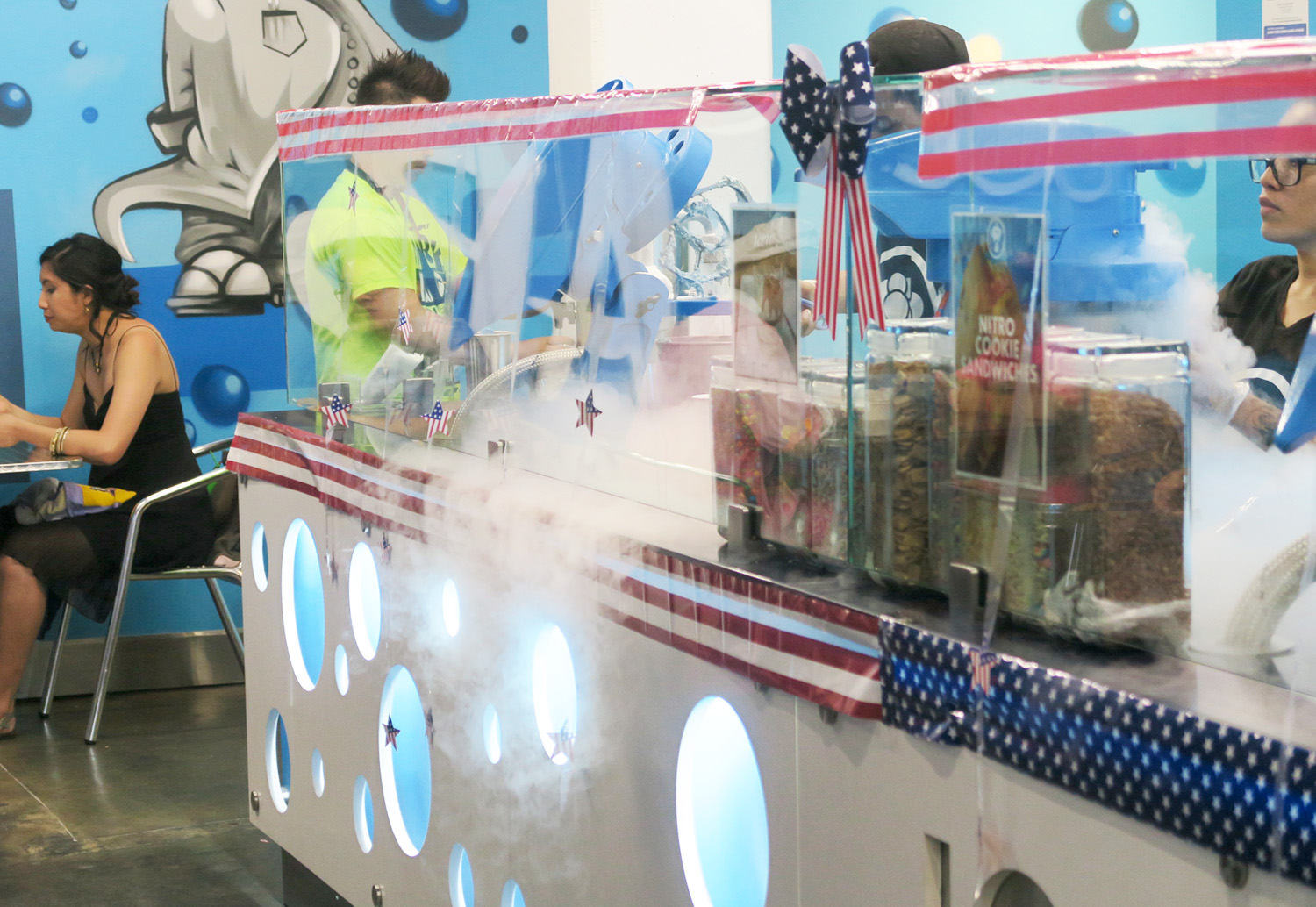 Liquid nitrogen ice cream – a concept I had never heard about before going to The Ice Cream Lab in Little Tokyo, Los Angeles. The Ice Cream Lab lets customers pick base flavours and toppings to be added to a liquid nitrogen mixture, producing smooth, creamy ice cream with tons of customizable options! The idea is pretty similar to Cold Stone creamery (with the marble slab), except much more ~sciencey~. Keep reading for my order and experience! 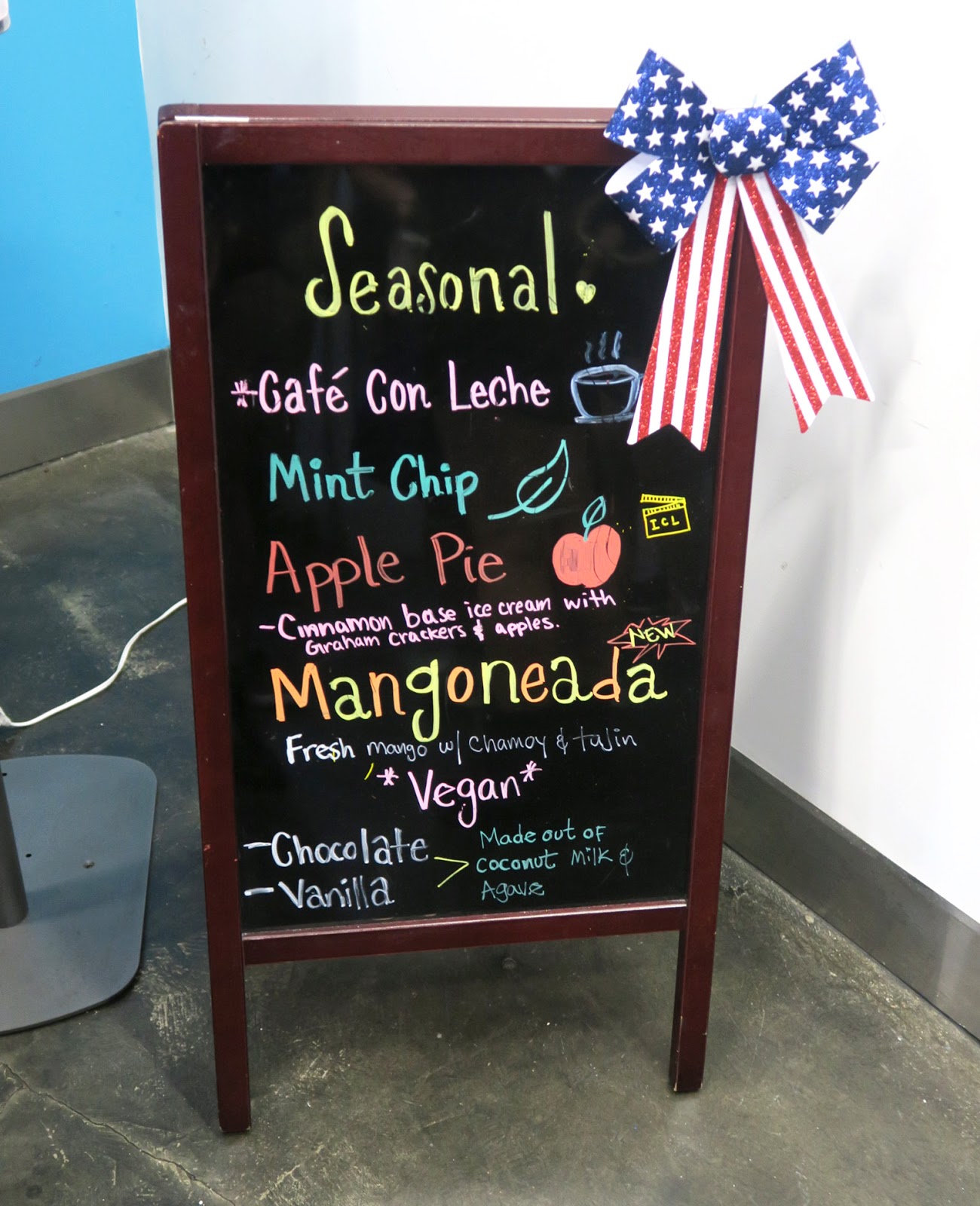 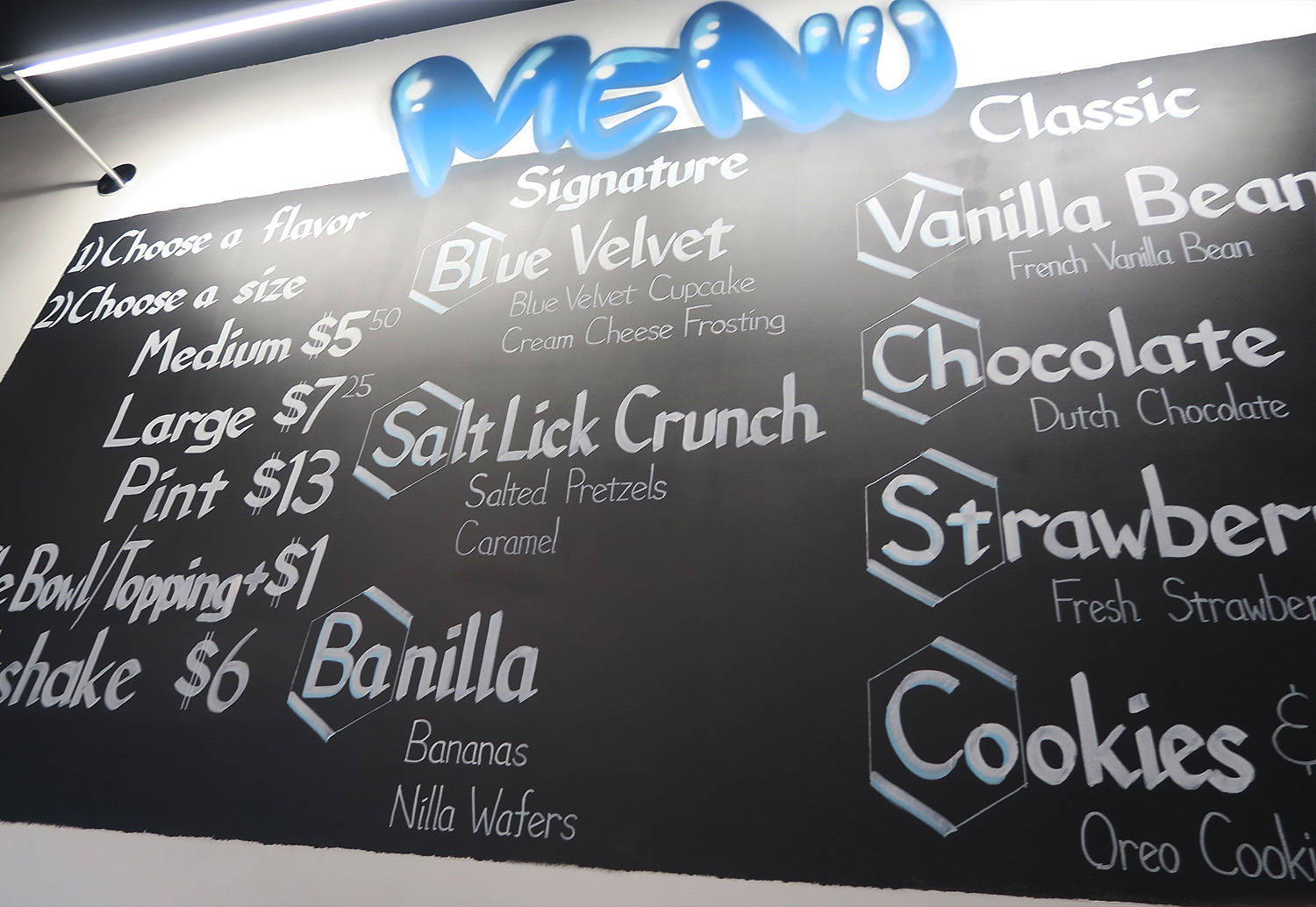 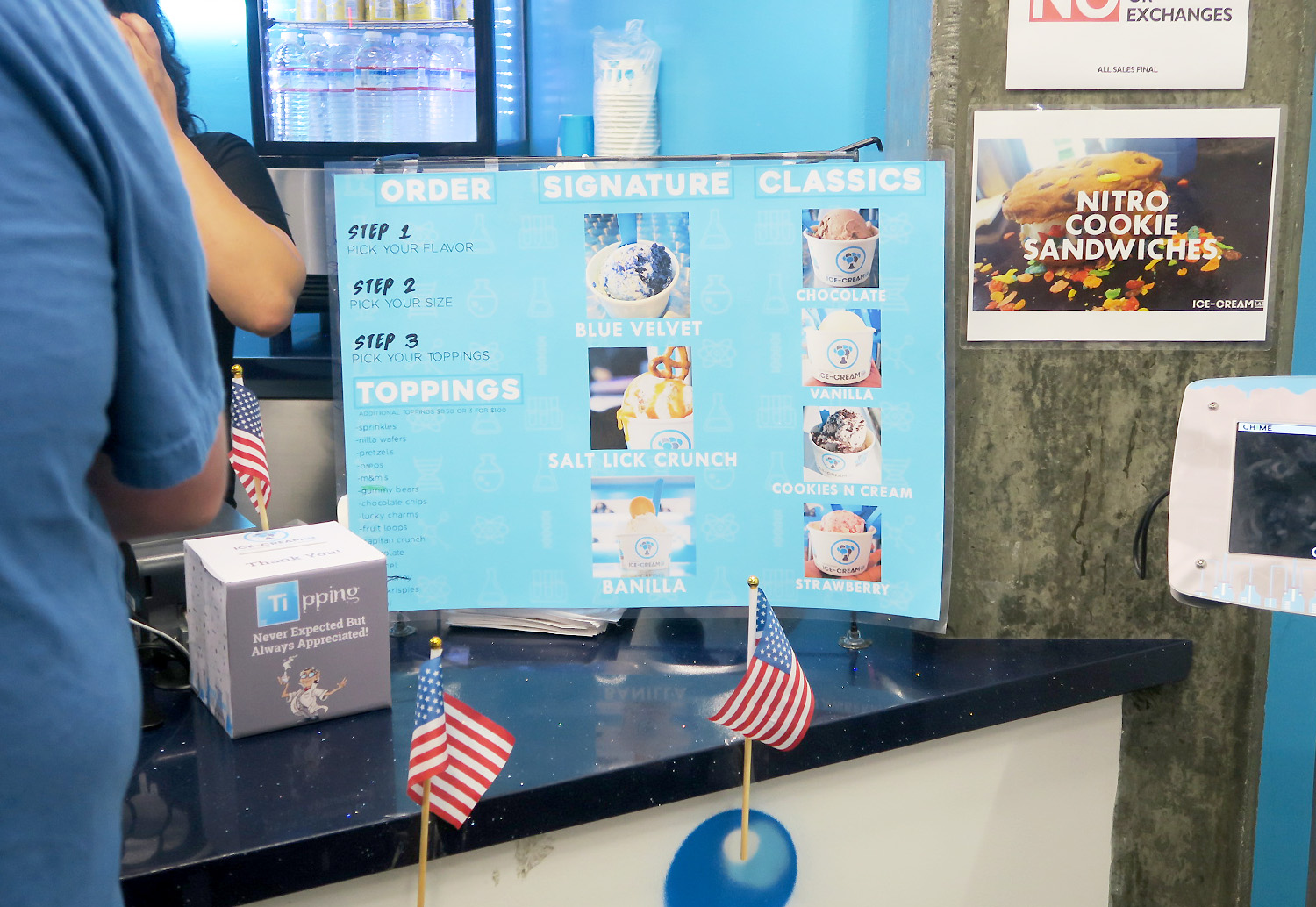 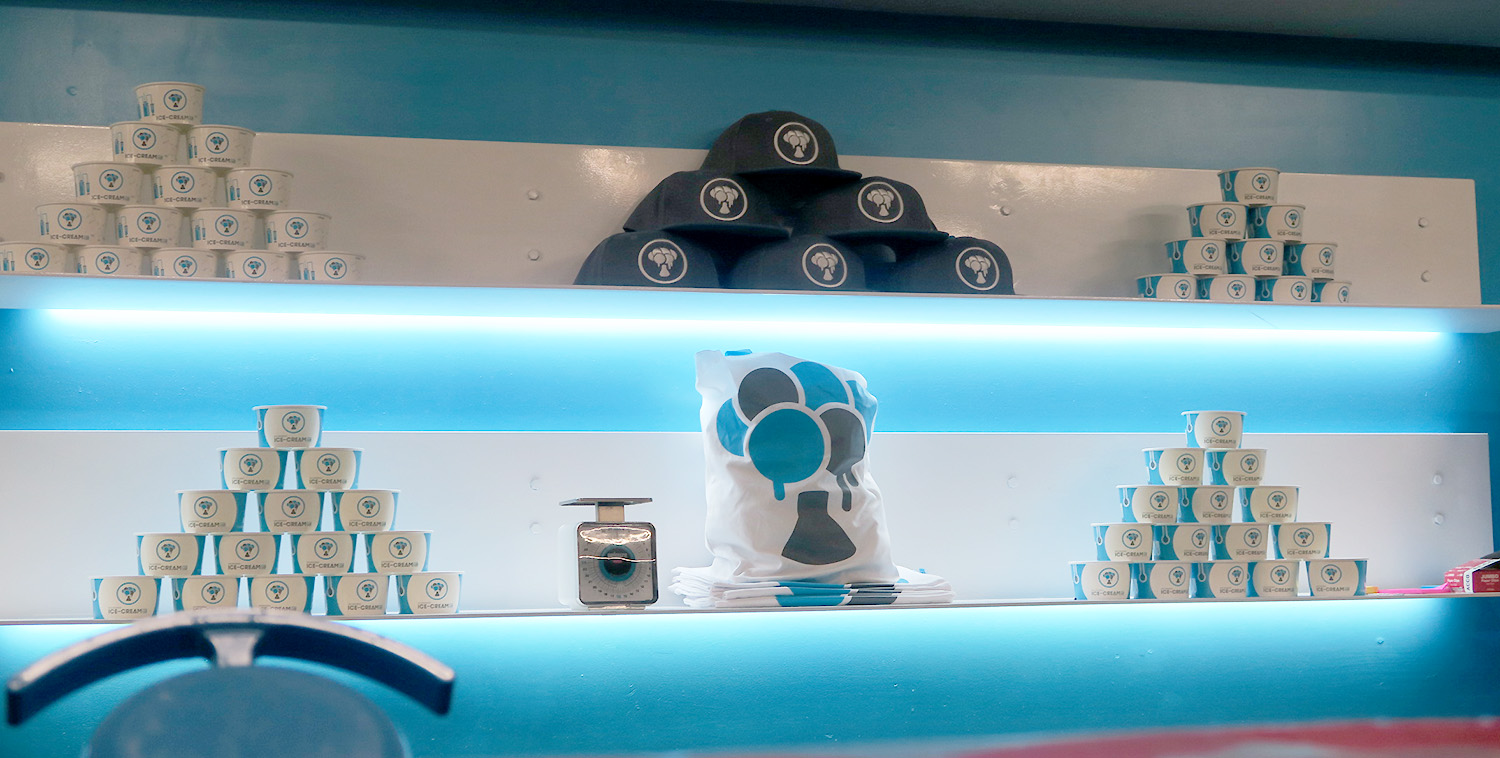 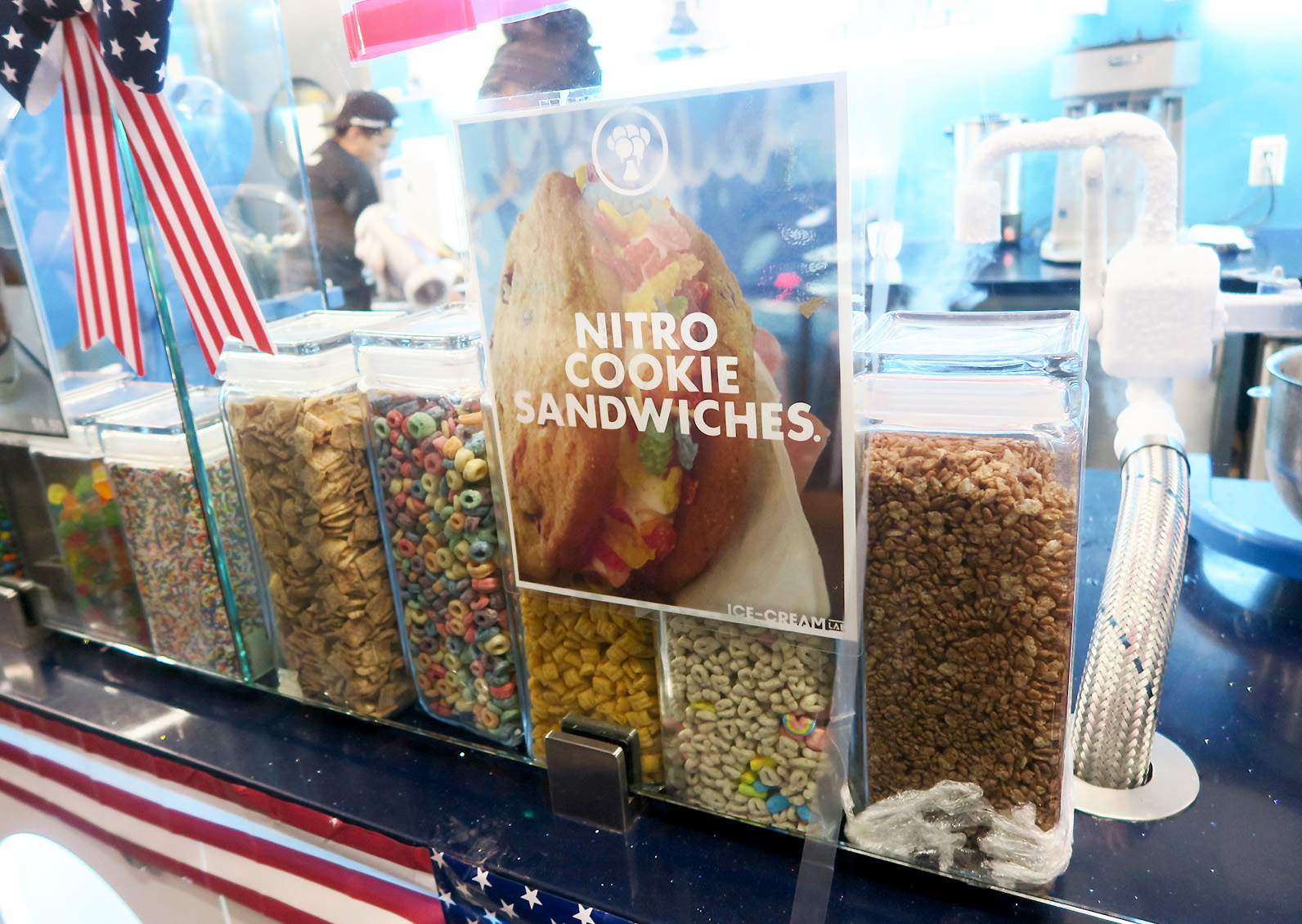 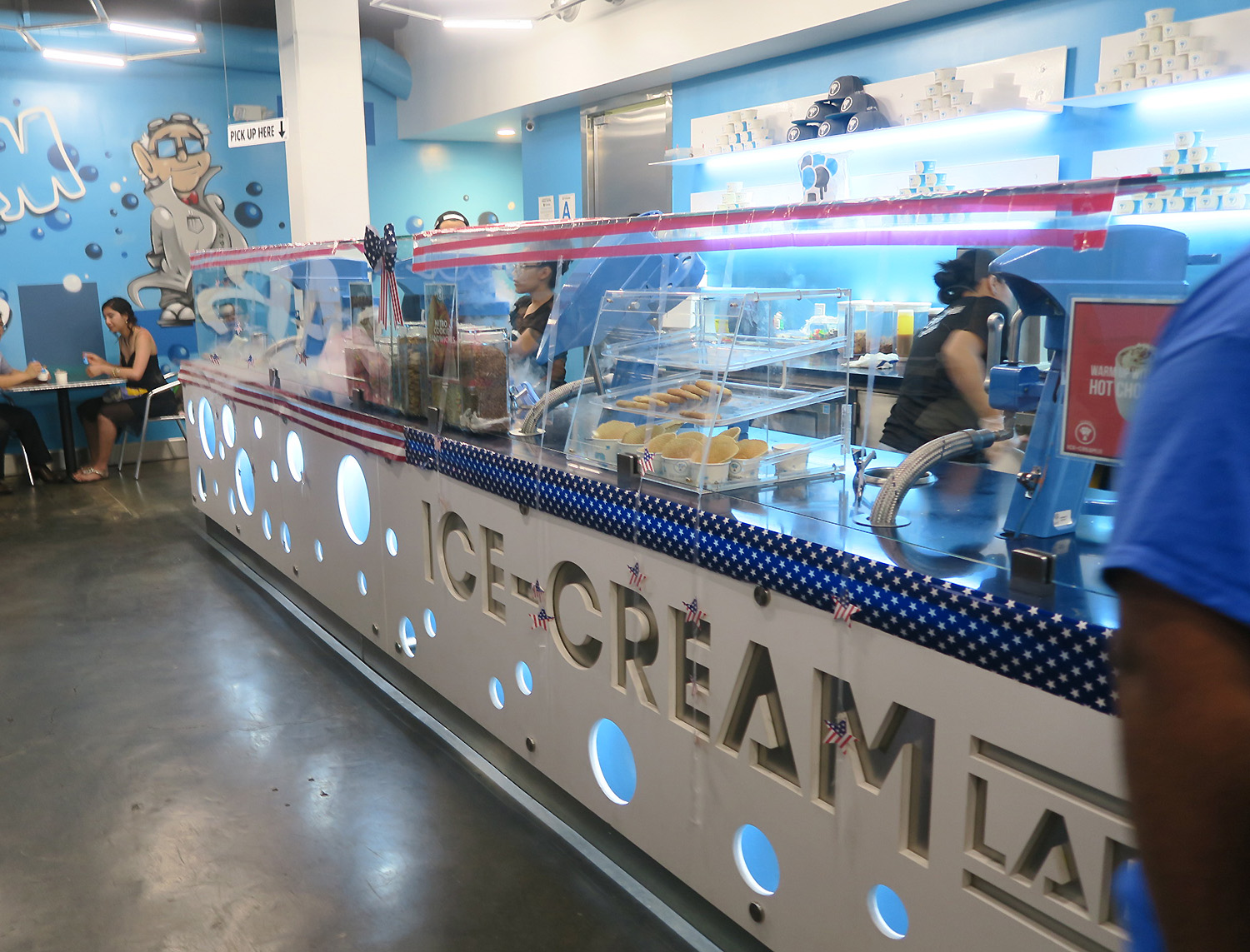 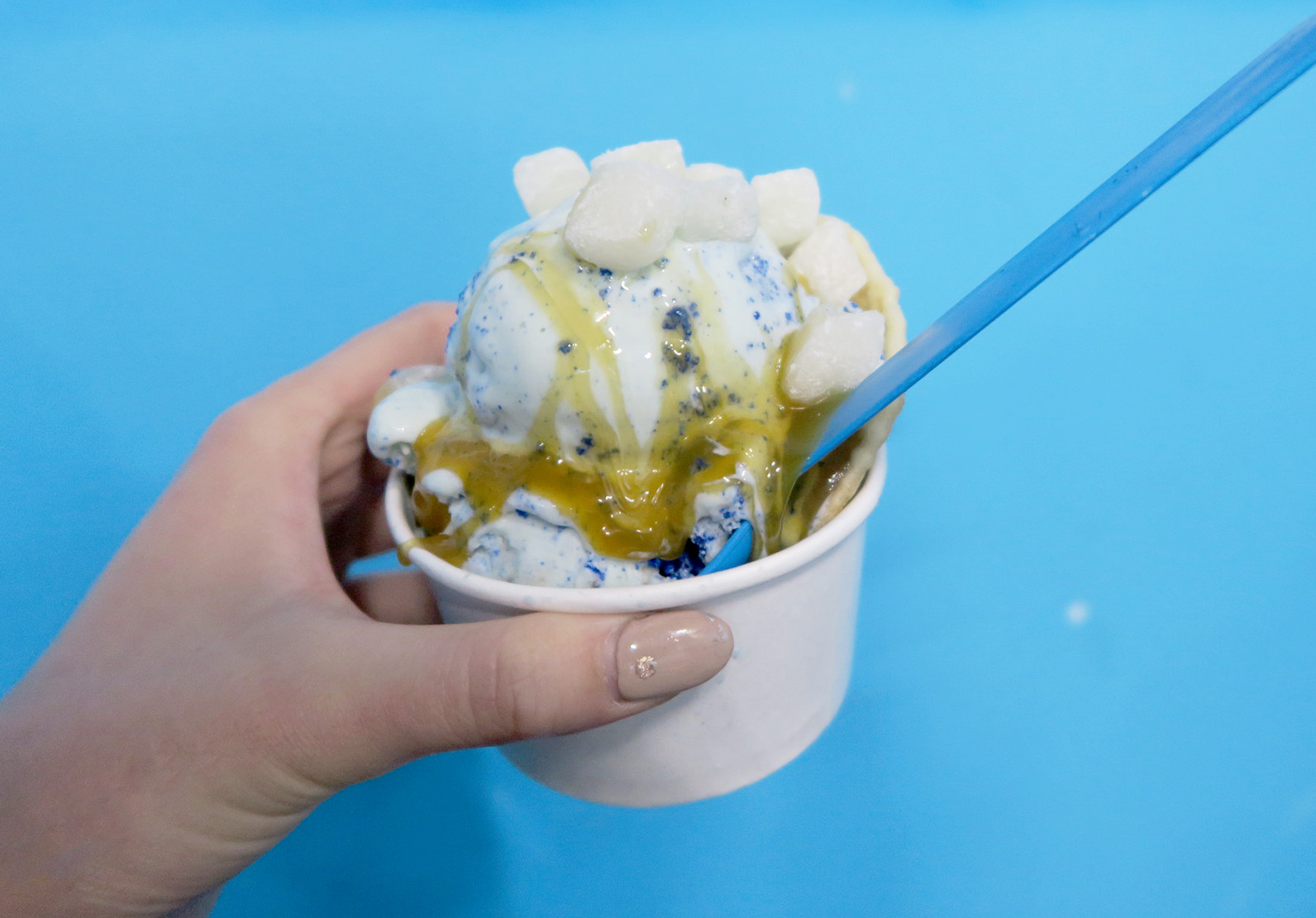 I ordered the Blue Velvet flavour with caramel sauce and mochi with a side of waffle cone. Blue velvet didn’t have aĀ specific taste because it was just cake bits mixed into the ice cream. I actually had my eye on the apple pie flavour as well, which one of my friends got (it tasted pretty good!) Still a cool concept, and made for some pretty instagrammableĀ photos! The whole process was pretty cool to watch, especially with the thick fog that poured over the side of the counter.

I’m not sure if it was the best day for ice cream though, because it wasn’t that hot when we visited LA! It was around 17C in the evenings, which us east coasters were super confused about… I mean, California is supposed to be hot, right? (Little did we know we were going to melt in 40C weather the day afterwards lol.) Apparently it was super hot back in Toronto, so it was a blessing to be in the dry California heat!

Have you been to Little Tokyo in Los Angeles before? Have you ever tried liquid nitrogen ice cream? What’s your favourite flavour of ice cream?

Thanks for reading – don’t forget to follow me on bloglovin!