Was in the middle of sweatshopping my final project for International Business class when I saw Ackson‘s newest video on youtube.

After seeing this video (and mostly being in a state of fangirly awe for Tracy + Lauren’s Magna Carta cosplays), I suddenly developped the urge to start a new project! A fairly big one I guess.

Cosplaying Black Gold Saw made me change my mind about having a massive prop cosplay. I never realized how tedious they were haha! I mean they’re fun and you get a lot of attention in them but they’re just so tiring to wear! That’s probably how my love for Mio skyrocketed because her outfits are so easy and comfortable to wear.

Decided to do an Atelier cosplay! The character I want to do has a cute but detailed outfit, a medium sized weapon, and is really cute! She’s from a not very well known video game… Mimi has a very cute design, and  it’ll be a fun project to take on. 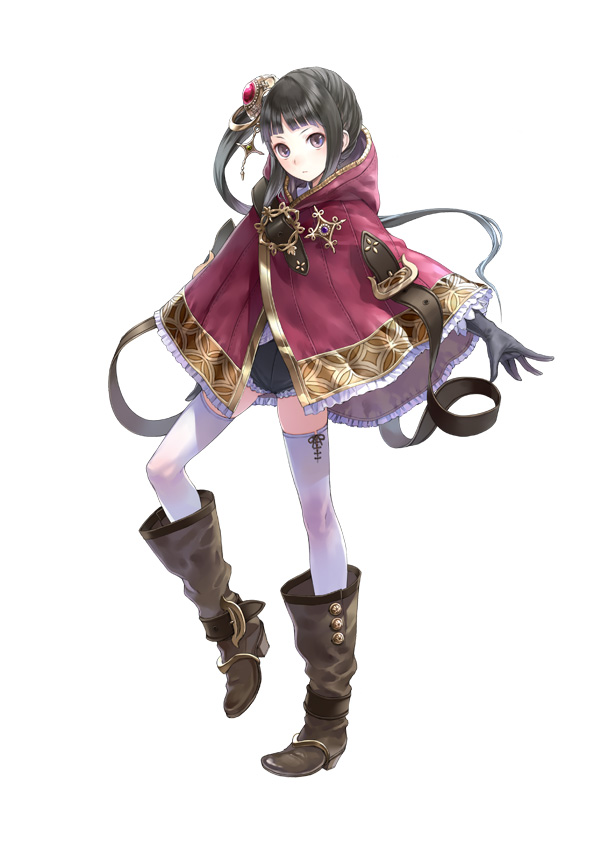 I’d really like to get more involved with fully making my own cosplays… It takes a lot of work but I think it’ll be worth it! I’d love to enter a masquerade some day… my goal is to enter with this costume! đź™‚
Also, going to take this time to plan out my convention/cosplay schedule for the year.

(I bet you can tell who I love cosplaying the most XD)
Also, do you think it’s a coincidence that they all have black hair? Hahaha!

——————
Finally, my youtube channel will soon be converted more to a cosplay/vlogging channel. I know I’ve been saying that I wanted to do it in the past, but this summer I’m actually going to be uploading more vlogs/cosplay progress/reviews…etc. I know my vlogs don’t get many views, it’s mostly my dance covers (which aren’t that very good anyway.)

I’m still going to upload dance covers, probably not too often now though… I only really uploaded once per month so I’m going to think of the vlogs as something that will fill the inbetween time!

What do you think?