The Saturday of any convention is usually the biggest day for us, where we debut our biggest costumes. But since our planned costumes (Atelier) fell through, we didn’t really have anything to do. So we wore ‘maid version Black Rock Shooter’ aka super lazy last minute cosplay.

Thomas wasn’t able to drive us from our hotel to the convention centre so we had to walk. We were super sweaty from walking in the sun with large weapons! To make it even worse, a skateboarder pushed past Ringo at top speed and knocked her and her canon over.

So dumb, seriously! Why couldn’t he just slow down?

We got to the con and met up with Karameru! Derpy faces yeaaah!

After arriving at the convention, we rushed to catch the last half of the Pinku Project concert! They were so good! We all felt so enthusiastic while watching their performance. I didn’t have my camera with me, but I’m sure Sami will be uploading some pictures!

We did a bit of wotagei even though we didn’t really know how to haha, but it was a fantastic concert. Can’t wait to see them at their next event! So moee~

We left the convention in search of some food. 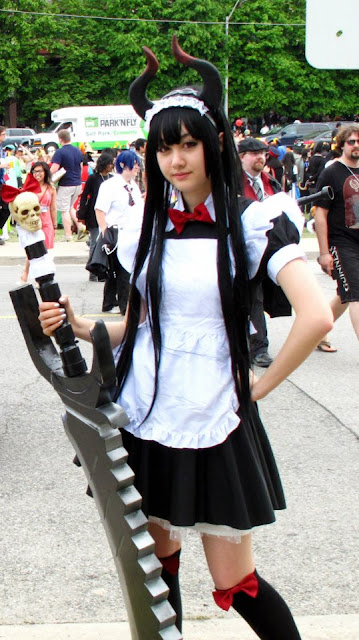 This is what my cosplay looked like by itself. Just a basic maid outfit with red collar and thigh high bows, white apron, BGS horns, and my King Saw! I gave King Saw a moe little head bow too! 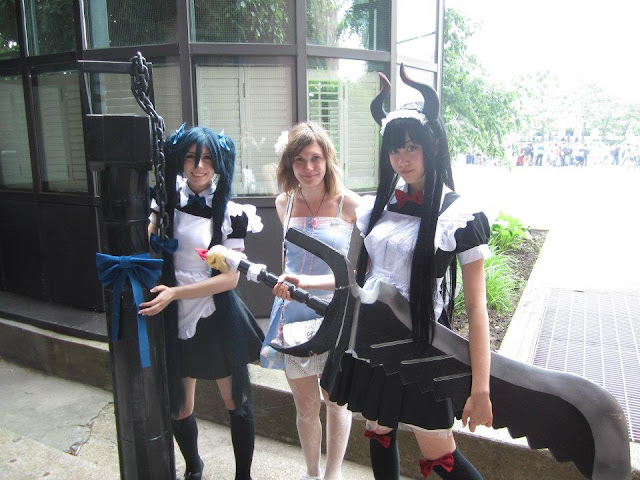 Photo with Ringo and my friend Julia! 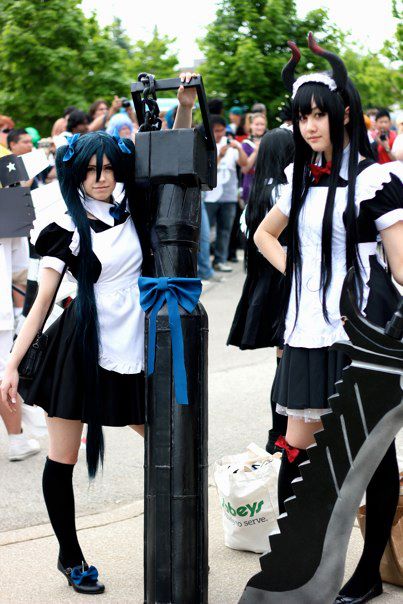 Ringo’s outfit was like mine – blue ribbons only on collar and on shoes! Her canon also had a big blue bow!
I tried posing like this because I figured BGS would be a tsundere or yandere character, but I don’t think I pulled it off well. I need to practice my tsundere faces!
We didn’t stay in Black Rock Shooter meidos for too long. Ringo changed into regular clothes and I just changed circle lenses and transformed into moe moe kyun Mio!
Now for some awesome cosplays! 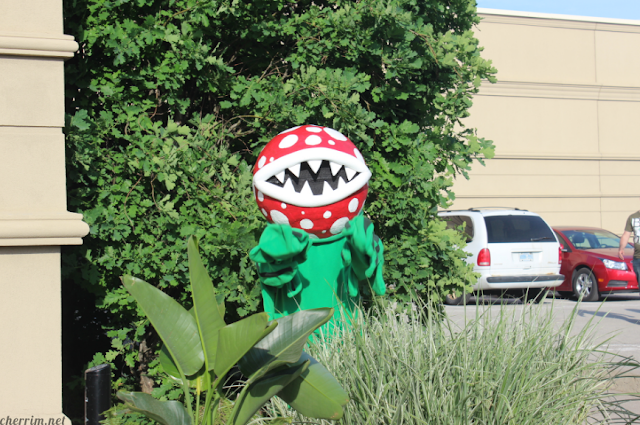 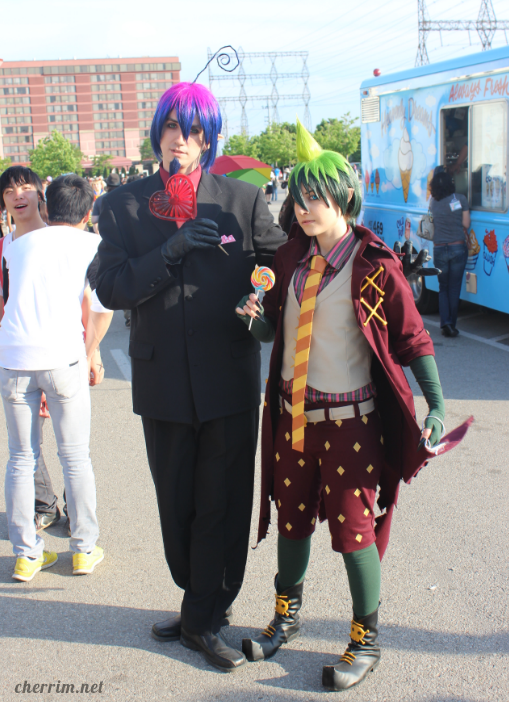 Thornrose /Guy and his friend Iridescent-Fall / Chantal cosplaying from Ao No Exorcist. I haven’t watched the anime before but they had fantastic costumes! I wish I could cosplay as well as you guysss~~~ 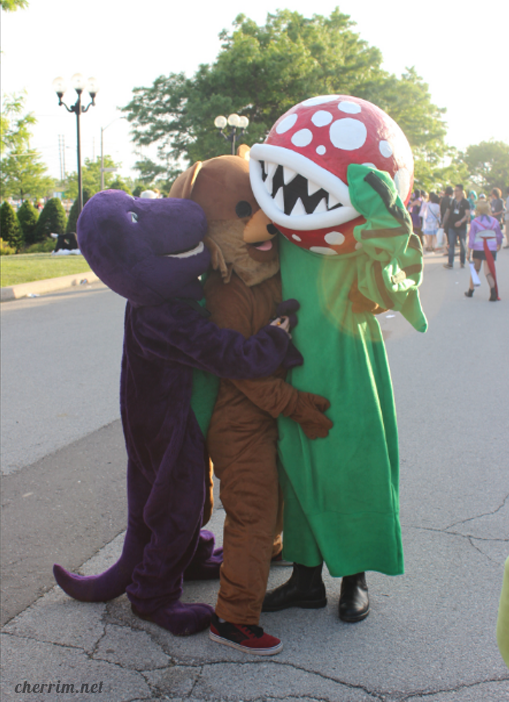 THE TRUEST OF LOVES. lol, honestly one of my favourite pictures of the weekend. The location of pedobear’s hand is so appropriate. 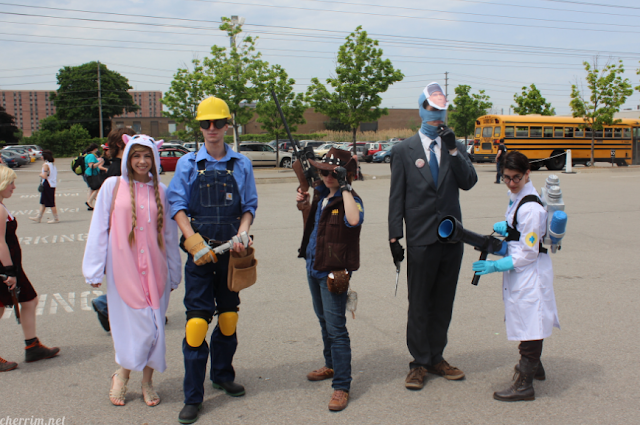 Team Fortress 2 cosplayers! BLU team engineer, sniper, spy, and medic. Probably the best TF2 group at AN! They did a fantastic job. Ringo and I are pretty big fans of the game (we often play together on steam), we walked past the Engie and Spy and were like SPY IN THE BLU BASE,  and EEERECTIN’ A DISPENSER. 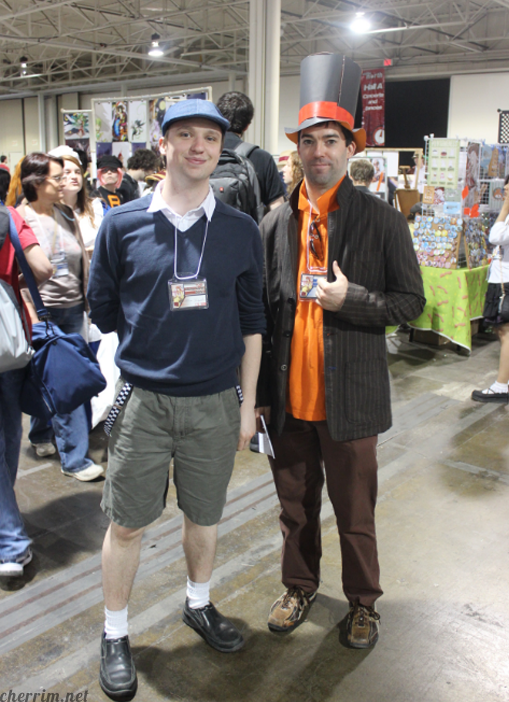 YEAAH MUST TAKE A PICTURE OF HUSBANDO EVERY YEAR. I honestly hunt down Professor Layton cosplayers lol… After I took their picture I told the Layton that he should have some hint coins but he only looked at me and laughed nervously, orz. 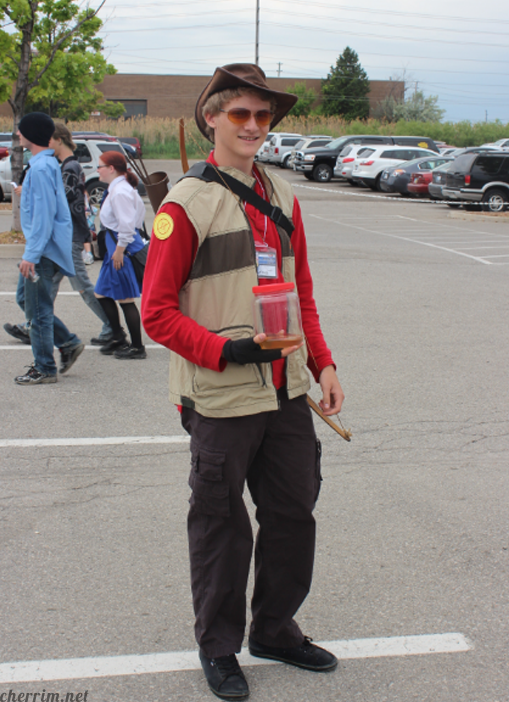 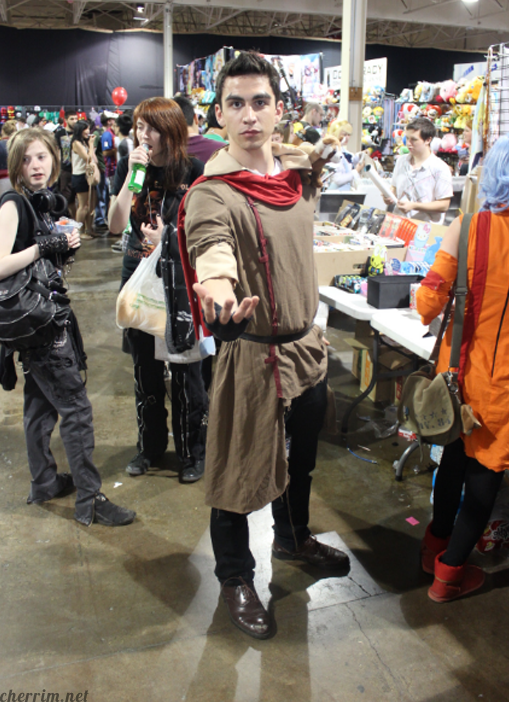 Another really great Mako cosplayer! He even had a litte Pabu on his shoulder, really cute! He did a great job! 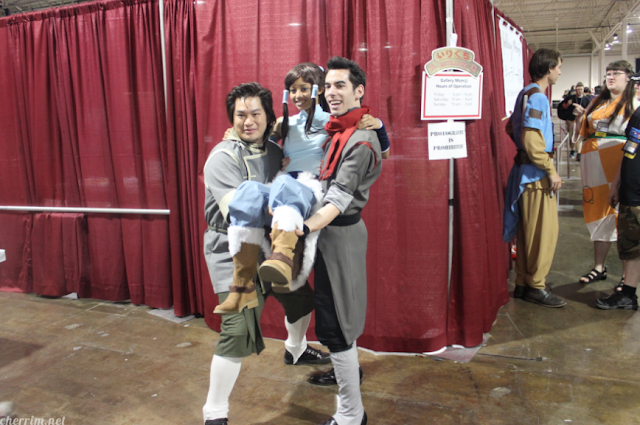 Bolin, Korra, and Mako doing fanservicey poses.
Not sure who the Bolin is, but he, MeltingMirror Cosplay and Kyle were a fantastic group! 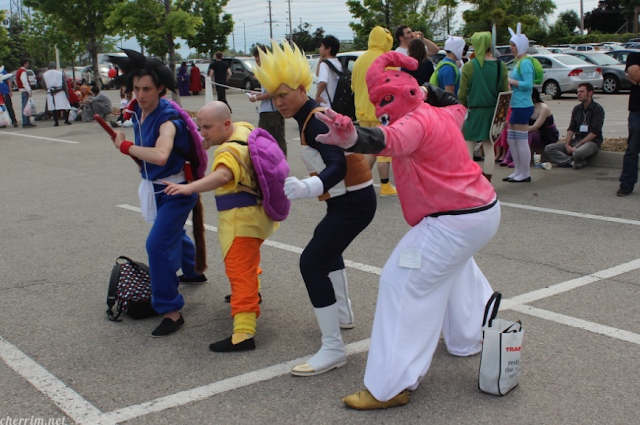 Dragon Ball Z cosplayers! They had really great costumes, especially those wigs! The Vegeta even recognized me from youtube! 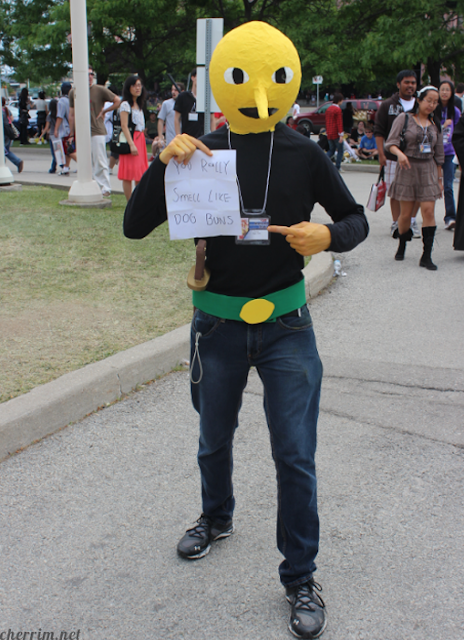 Hands down favourite cosplay of the weekend. LEMON GRABBBBBB!!!!!

I didn’t take many photos on the Saturday because I didn’t bring my camera with me when I was wearing maid Black Gold Saw. But I was able to film a vlog!