Got the first legit picture back from Otakon of my Rorona Frixell cosplay! 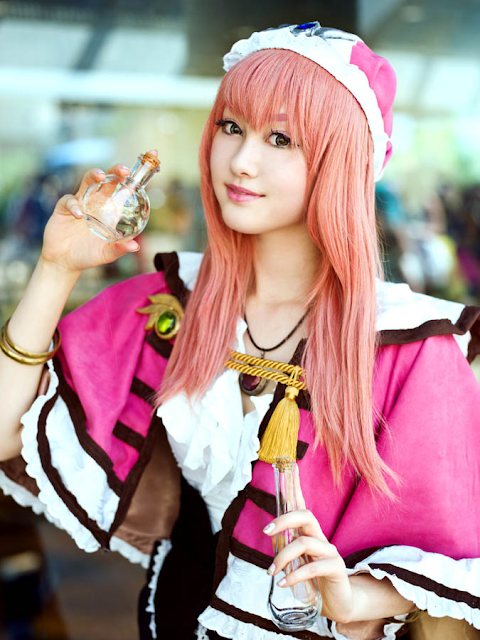 Photo by Anna Fischer!
I’m so happy that I got to shoot with her at Otakon! Before meeting her, my friends and I used to lurk her wonderful cosplay photos on her flickr page… We called it the flickr cosplay hall of fame haha!

She was wonderful to shoot with in person! Sami and I were all fangirly because she actually directed us in the photos. As cosplayers, we shoot with lots of photographers who kind of stand there and don’t give much direction, usually resulting in a photo that could have so much more potential to look awesome.

This was probably the best cosplay that I’ve ever made myself. I’m so happy as to how it turned out! I was super depressed about it on the Friday before the con because I was convinced that I was going to look like absolute crap in it. (Kept moaning about how I would only wear it for a few hours and then change out of it.) On the morning of the convention after putting the whole thing on for the first time, I looked pretty awesome in it! Especially with all of my makeup and accessories on!

Hopefully I’ll get some more shots when we wear it at Anime North 2013 next year! I’ll try to do a construction breakdown soon.
You can see shots of it in my Otakon 2012 highlights video!